Aside from its all-star cast – which includes the likes of John David Washington, Robert Pattinson, Kenneth Branagh, and regular Nolan collaborator Michael Caine – very little is known about Tenet. The latest mind-bending action thriller from the director of The Dark Knight trilogy, Inception, and Interstellar, promises to be a real head-scratcher. Despite two trailers, the plot remains a mystery. Still, the latest look does go some way to fleshing out John David Washington’s leading role as he learns to invert time, introduces a sharply-dressed Robert Pattinson plotting to destroy a plane, and wows with time-twisting action set pieces. In the same way that Disney and J.J. Abrams previously teamed up with Epic Games to debut a scene from Star Wars: The Rise Of Skywalker, director Christopher Nolan and Warner Bros premiered the new trailer via popular video game Fortnite. It’s certainly surprising to see someone as traditional as Nolan promoting his film to such an extreme on a digital platform and may increase fears that the film may skip cinemas altogether in favour of a digital-only release. But rest assured, Nolan remains one of Hollywood’s biggest proponents of the theatrical experience, and the thrilling trailer ends with the most critical piece of information that Tenet will be coming to cinemas. There’s no specific mention of the date, which is understandable given the current circumstances, but it remains scheduled for July 17. 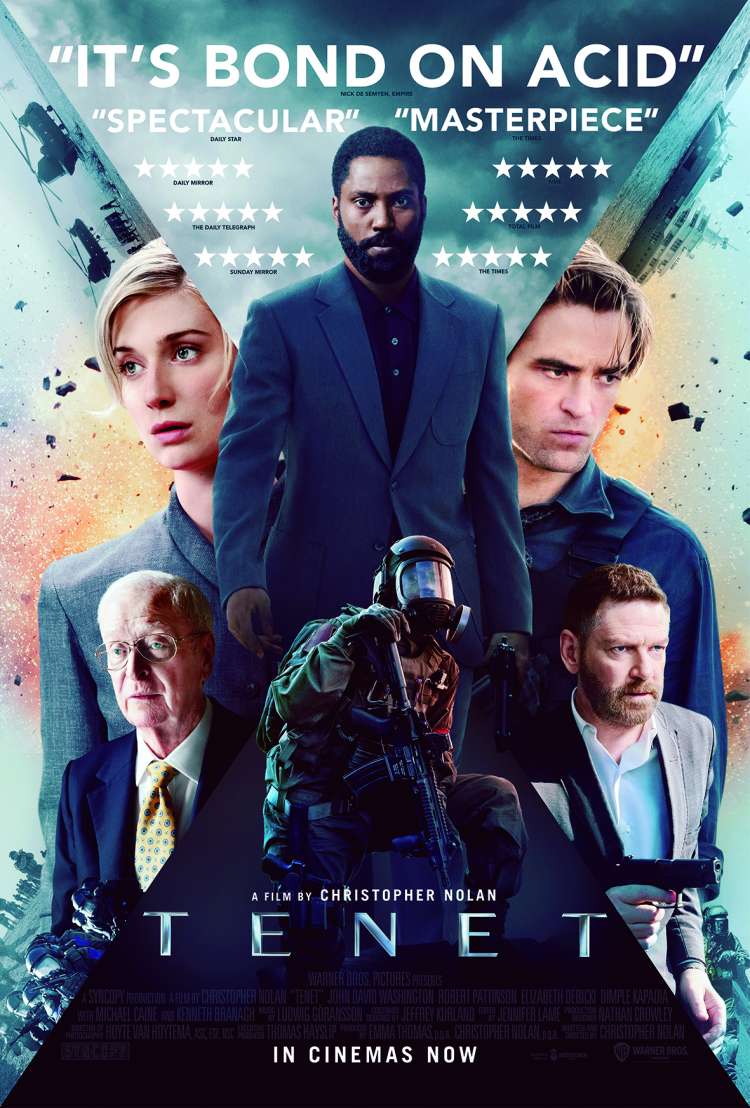 Time Runs OutCLICK TO FIND OUT MORE
12A
FEATURE