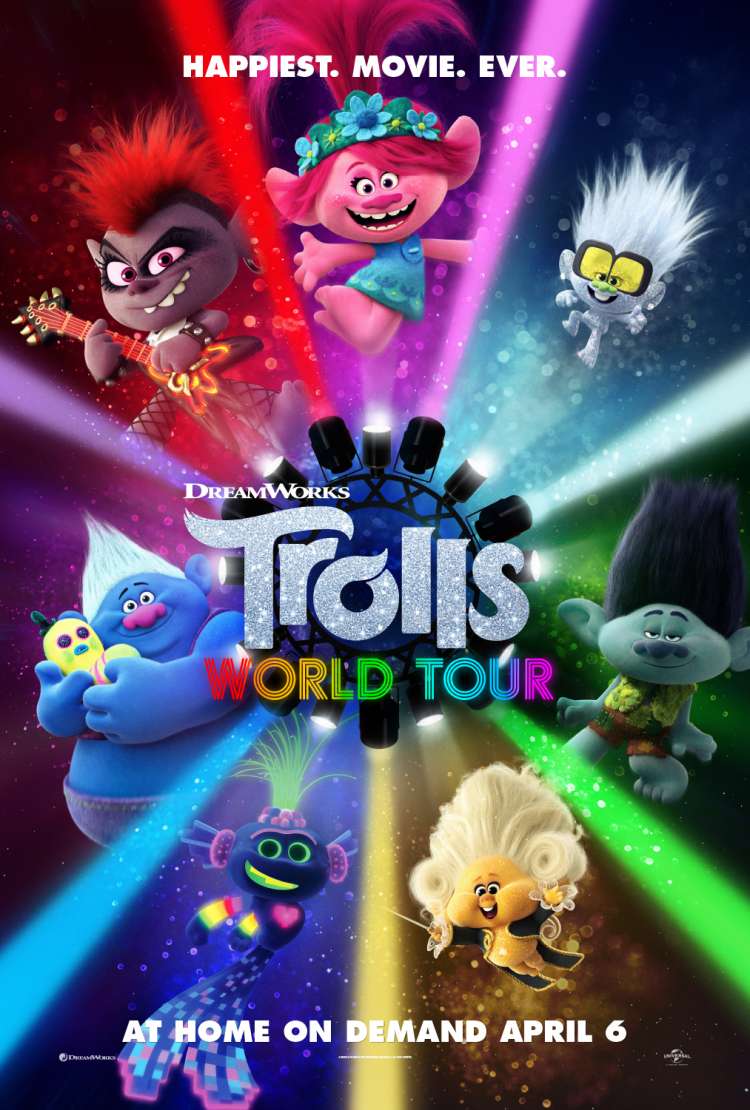 Anna Kendrick and Justin Timberlake return in an all-star sequel to DreamWorks Animation's musical hit where the world of Trolls is about to get a lot bigger and a whole lot louder.

In an adventure that will take them well beyond what they've known before, Poppy and Branch discover that they are but one of six different Troll tribes scattered over six different lands and devoted to six different kinds of music: Funk, Country, Techno, Classical, Pop, and Rock.

Hard-rock royalty Queen Barb wants to destroy all other kinds of music so rock can reign supreme. With the fate of the world at stake, Poppy and Branch - along with their returning friends and some new companions - set out to visit all of the other lands to unify the Trolls in harmony against Barb, who's looking to upstage them all.

Welcome back to the world of singing, dancing, and rainbows, but the colourful world you know is about to be painted black! The Trolls are getting rocked!