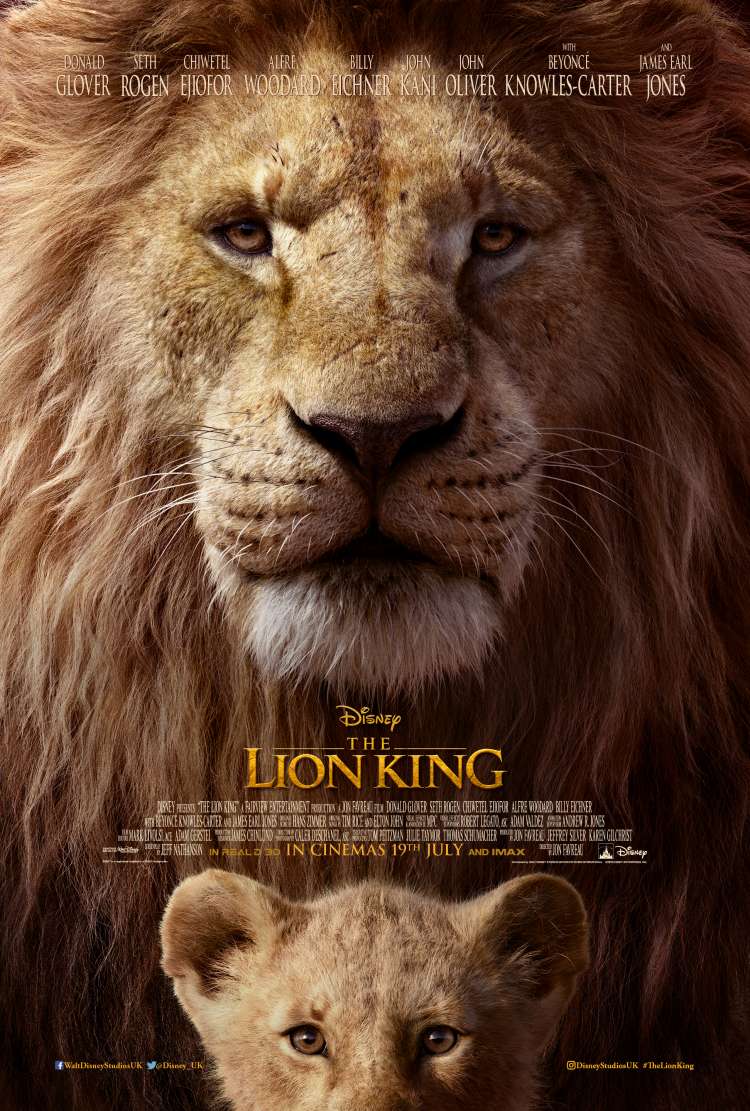 The King Has Returned

Journey to the African savannah in an all-new take on Disney's The Lion King that utilises pioneering filmmaking techniques to bring treasured characters to life in a whole new way. Without a doubt the most highly anticipated of Disneys live-action remakes, The Lion King is set to be the pick of the Pride and follows the story of a young cub named Simba from infancy to adulthood. Simba idolises his father, King Mufasa, and takes to heart his own royal destiny. But not everyone in the kingdom celebrates the new cub's arrival. Scar, Mufasa's brother - and the former heir to the throne - has plans of his own. The battle for Pride Rock is ravaged with betrayal, tragedy, and drama, ultimately resulting in Simba's exile. With help from a curious pair of newfound friends, Simba will have to figure out how to grow up and take back what is rightfully his. The all-star voice cast includes Donald Glover as Simba, Beyonc Knowles-Carter as Nala, Chiwetel Ejiofor as Scar, James Earl Jones as Mufasa, John Oliver as Zazu, Billy Eichner as Timon, and Seth Rogen as Pumbaa.

Can the live-action remake of Disneyâ€™s The Lion King hold a torch to the 1994 original animated classic? Hakuna Matata. It means no worries.