New Poster For The Snowman 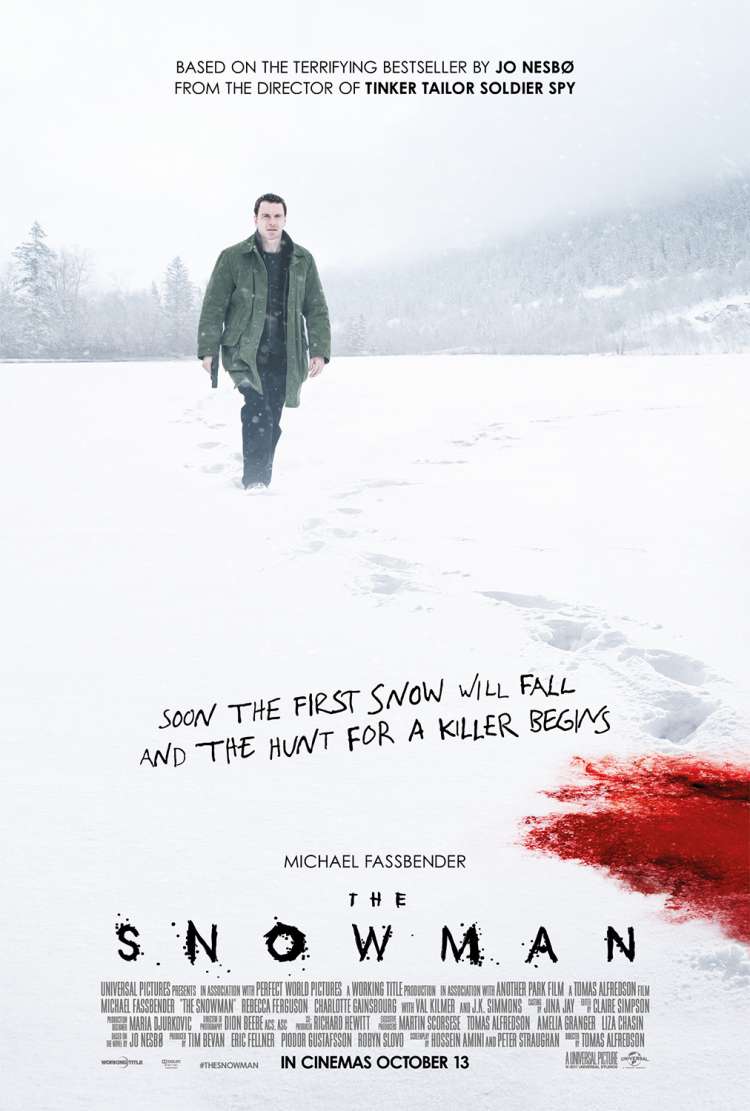 Where the minimalist debut poster was only concerned with sending a chilling message, the new one-sheet is brimming with deadly intent and puts the film’s lead front and centre. There’s a new creepy message that promises more bloodshed than what’s depicted in the grisly scene in the poster but the real focus is on Michael Fassbender who brings Jo Nesbø’s recurring character, detective Harry Hole, to life for an investigation into a series of brutal murders. 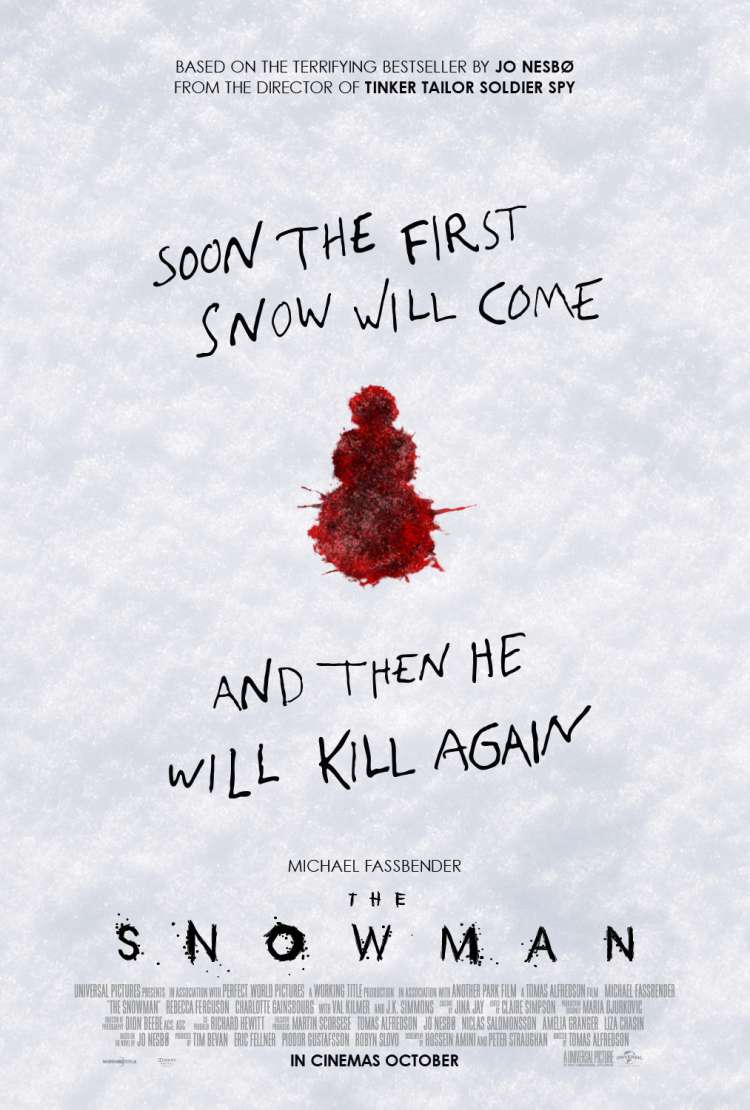 Soon the first snow will come. Then he will kill again.CLICK TO FIND OUT MORE
15
FEATURE

When a winter killer strikes, detective Harry Hole goes on the hunt in a stylish Scandinavian chiller that promises to make your blood run cold.

The new, calculated trailer for The Snowman offers a refreshing change of pace

Unnerving trailer for serial killer thriller The Snowman rolls in, just as was forecast

First Poster For The Snowman