Refreshing everyone’s memory and expanding on what was revealed in the teaser that feels like a lifetime ago, the long-awaited full trailer for the Marvel character’s first cinema appearance arrives and sends fans into a frenzy with a flurry of incredible footage and references to both Spider-Man and Venom. The trailer reintroduces Jared Leto as Dr Michael Morbius, who succeeds in finding a cure for the life-threatening illness he and many people around the world are afflicted with, but discovers the dangerous lengths he went to has resulted in some seriously strange side effects. Not only saved, but remarkably transformed from frail and fragile to the complete picture of health, and also boasting incredible new superhuman abilties that the trailer treats us to a rundown of, including superstrength, echolocation, and even flight. But, that’s not all, there’s a darkness within him that’s got an insatiable thirst for blood. There’s a glimpse of supporting cast members including Jared Harris, Matt Smith, Adria Arjona, Michael Keaton, and Tyrese Gibson as well as thrilling footage of Morbius transformed into the terrifying living vampire and some real tongue in cheek humour as the compelling and conflicted Marvel character’s origin story promises to push the line between hero and villain to breaking point. Morbius is coming to cinemas April 1. 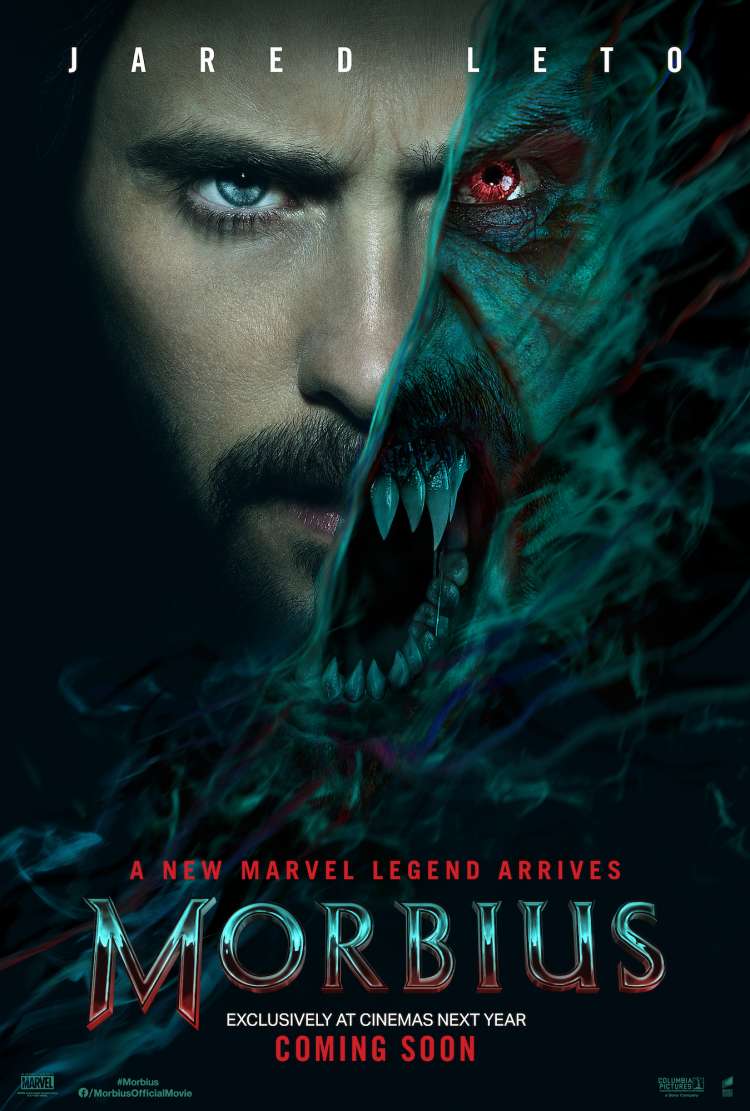