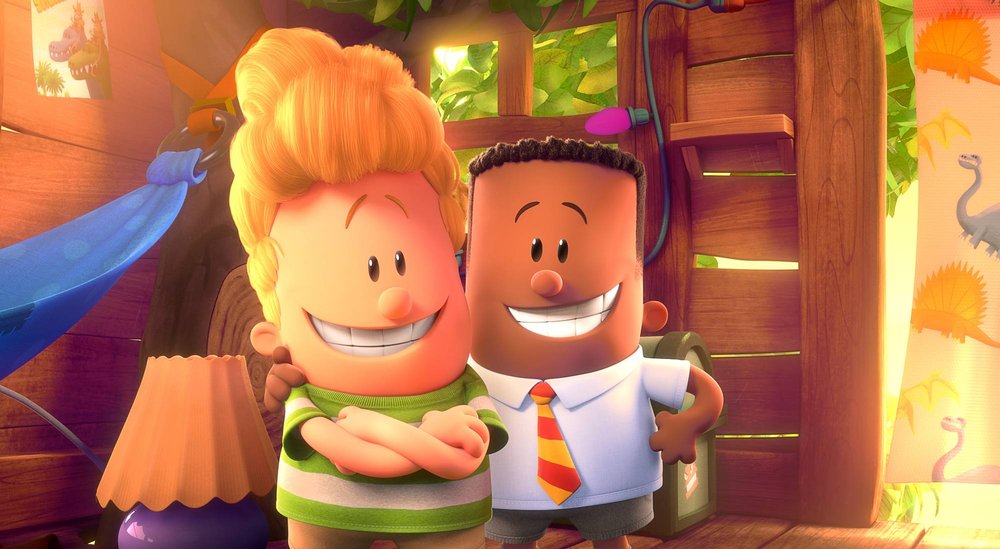 The whole movie would fall apart were it not for the great chemistry between Kevin Hart and Thomas Middleditch’s imaginative school kids, who do a tremendous job of reminding you just how important a best friend is during your formative years in elementary school.

When you’re ballsy enough to give your new animated feature the subtitle “The First Epic Movie”, your movie better deliver the goods to warrant even the possibility of a sequel. Thankfully, with this presumably first entry of Captain Underpants, DreamWorks has delivered a delightfully whimsical tale of friendship and virtue for both regular and pint-sized audience members alike, albeit with a fair share of superhero antics and wacky eccentricities thrown in for good measure.

Much like the classic series of children’s books it’s based on, despite its title, Captain Underpants: The First Epic Movie is primarily the story of two childhood friends George and Harold (Kevin Hart and Thomas Middleditch), the kind of kids who pull plenty of pranks and simply live for Saturday mornings. The two comic book creators make a point of enjoying their schoolboy frolics whenever possible, until their friendship comes under threat by way of curmudgeonly Principal Krupp, who intends to place them into separate classes.

The only thing for it? Transform their joyless headteacher into their very own comic book creation, the titular Captain Underpants, an earnest but not very bright makeshift superhero who beckons “Tra La Laaa” at the first sight of danger. If you thought Superman's undergarments were revealing, you haven’t seen anything yet! It isn’t long before the trio team up to thwart the maniacal Professor Poopypants and put an end to his plan to rid laughter from the world.

If the premise of a full grown adult male who’s a principal by day and a superhero, well, also by day sounds absurd, that’s because it’s meant to be. A lot of the movie’s humour stems from the overt chaos that often ensues when Ed Helms’ Captain Underpants interacts with everyday instances. Everything from rescuing a cat out of a tree to preventing an inflatable shop monster mascot from “terrorising” the town falls under Captain Underpants’ altruistic responsibility, giving The First Epic Movie a terrific sense of playfulness.

The whole movie would fall apart were it not for the great chemistry between Kevin Hart and Thomas Middleditch’s imaginative school kids, who do a tremendous job of reminding you just how important a best friend is during your formative years in elementary school. To them, the idea of a long-distance relationship is simply earth-shattering, and while watching we really did feel placed in that mindset. It’s easy to engage with our central characters who consistently break the fourth wall and toy with the traditional film format, replicating the experience of reading a comic book on screen.

From cutaway gags, blink-and-you’ll-miss-‘em visual jokes, or just plain old toilet humour, Captain Underpants: The First Epic Movie deploys many modes of comedy during its brief runtime to ensure there’s a style suited to everyone’s sense of humour. What could be considered broad results in a surprisingly consistent hit rate of laughs and Captain Underpants first outing is light-hearted fun with a super-sized heart. More please! 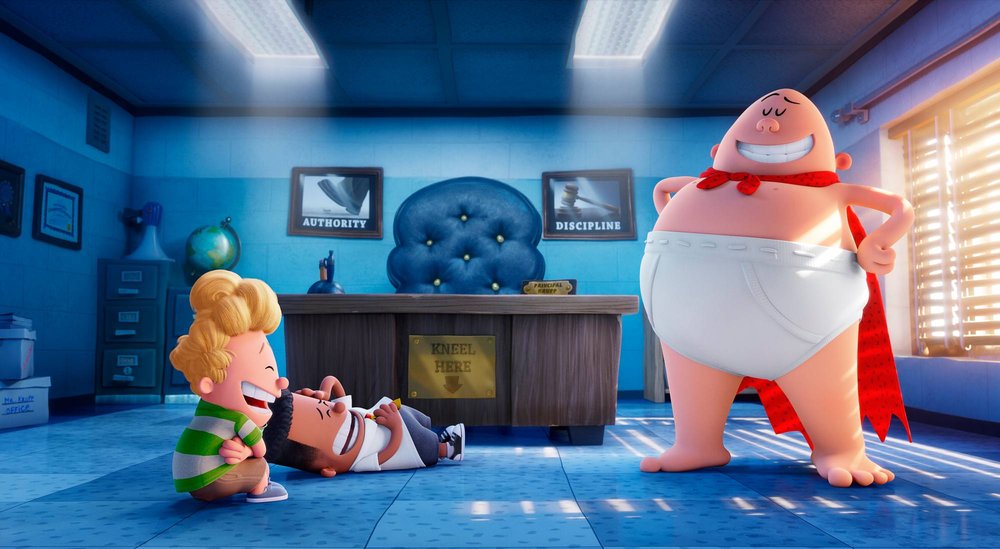 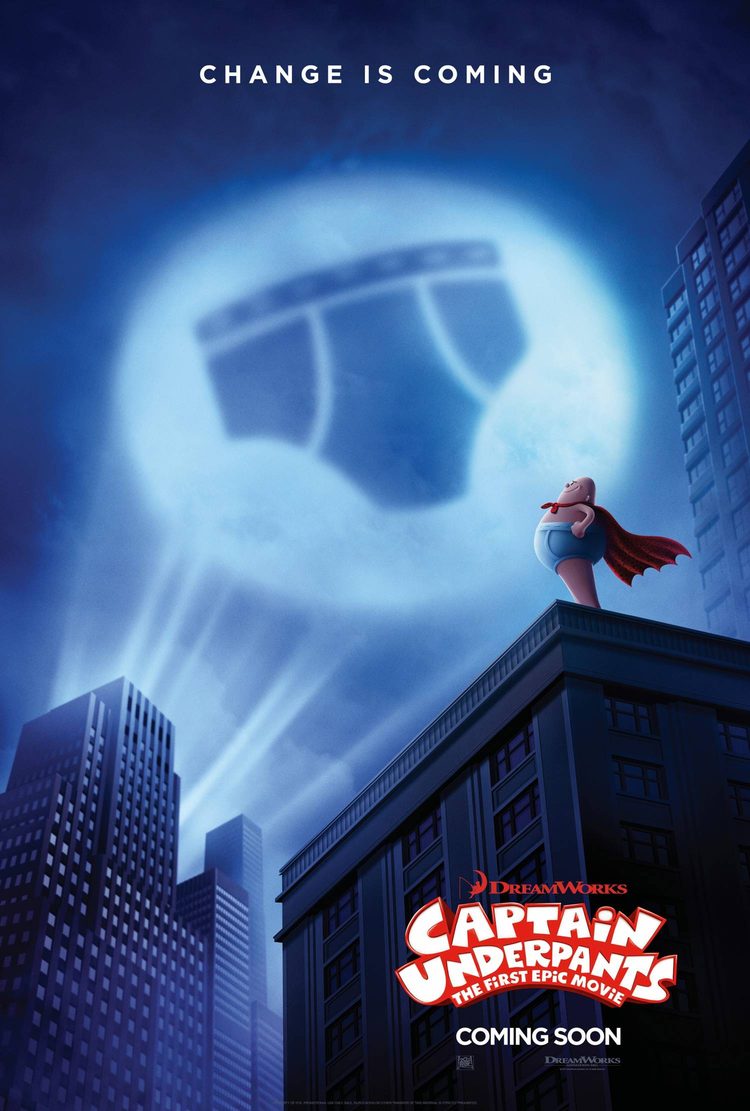 Hold on to your pants!CLICK TO FIND OUT MORE
U
NEWS

Behold the largest underpants in the world!

Witness the epic pranks George and Harold have pulled in a hilarious new clip for Captain Underpants: The First Epic Movie

George and Harold make a hilarious discovery in the first clip for Captain Underpants: The First Epic Movie