The electrifying first look at Thor: Love And Thunder launches the god of war on a galactic adventure like no other.

After renouncing the Asgardian throne at the end of Avengers: Endgame, Thor is looking for a new chapter in his life. The trailer begins as the once battle-craving god of war now turns to a life of peace and puts Stormbreaker, the great weapon he forged to kill Thanos, out to pasture to embark on a great cosmic journey of self-discovery. Thor’s search for a fresh start amongst the stars promises to be a bumpy ride with new dangers and reunions with familiar faces from Marvel films gone by. There’s Taika Waiti’s Korg, who somehow survived Ragnarok; Tessa Thompson’s Valkyrie, who rules New Asgard; and the Guardians Of The Galaxy, who it appears have quite the fan in the form of Thor – particularly Chris Pratt’s Star Lord who Thor seems enamoured by and even copies his outfit as one of the former Avenger’s exciting new looks. The trailer leaves its biggest reveal until its final moments as Natalie Portman returns as Thor’s long-lost love, Jane Foster, who is sporting a new look of her own. She appears in full Asgardian armour and inexplicably wielding Mjolnir as The Mighty Thor. It looks like fans will have to wait a little longer for a first look at Christian Bale’s Gorr the God Butcher, who is absent from the teaser and is set to be a mighty foe for the now peace-craving Thor. Thor: Love And Thunder arrives in cinemas on July 8. 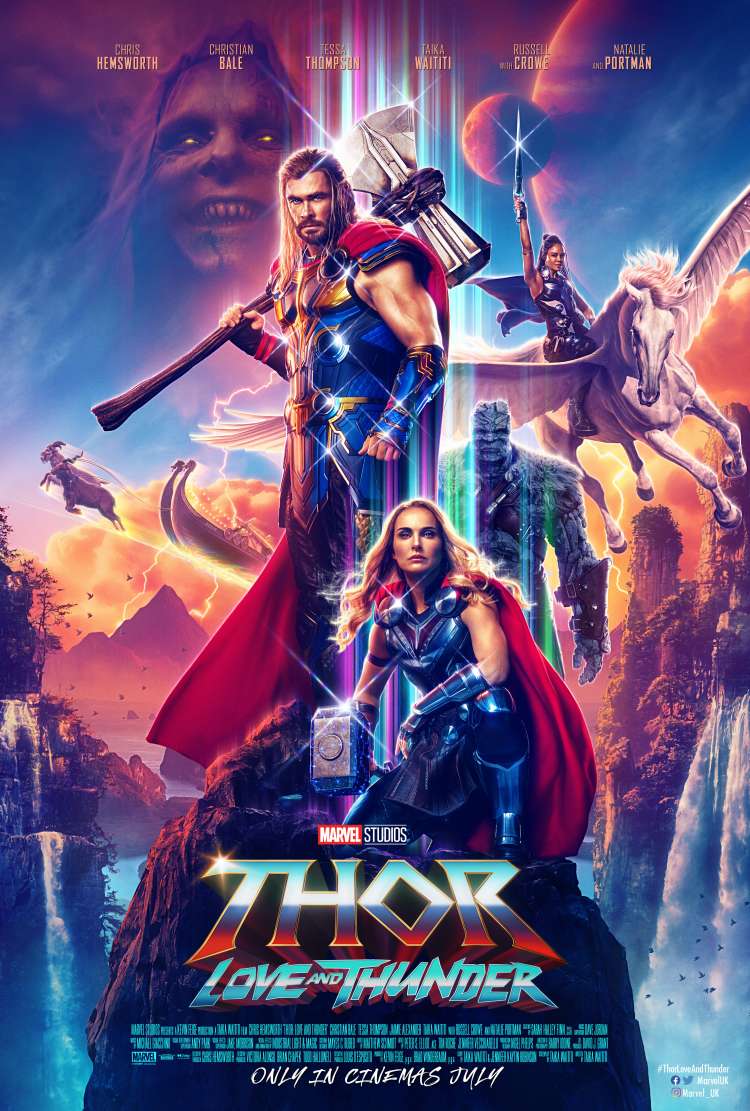 The one and onlyCLICK TO FIND OUT MORE
12a
FEATURE

After the events of Infinity War, Thor struggles to find his place in the universe. Faced with a new enemy far stronger than the Mad Titan, he calls upon some old friends and an old flame for help.

Get ready for Gods, girls, Guardians, and a gloriously terrifying villain as the full trailer for the next chapter in Thor's story reveals all.