Chris Rock gets caught at the centre of a killer’s deadly game in the trailer for Spiral, the terrifying new chapter from the book of Saw.

The Saw franchise is coming back to cinemas with Spiral, a brand-new chapter from the book of Saw starring Chris Rock and Samuel L. Jackson. Chris Rock conceived this reimagining that looks to be stepping away from its gore-obsessed roots and into new terrifying territory as a serial killer thriller like David Fincher’s Seven. The ominous trailer begins as a mysterious package lands at the feet of Rocks’ Detective Zeke Banks and sends him spiralling into the centre of a killer’s deadly game. Now, Banks and the only colleagues he can trust must track down the sadistic serial killer who is picking off New York cops. Even though there’s a significant shift in tone, there’s still a sense of familiarly to reassure fans this is still a Saw film. There’s the obvious connection within the story regarding whether this marks Jigsaw’s return or if Zeke and co are hunting a copycat, but the trailer also teases some deliciously deadly torture traps too. It’s been known for a long time that Chris Rock would be taking the lead of this project and starring alongside Samuel L. Jackson, but details about the latter’s role had been previously undisclosed. Now we know that Jackson is starring as Zeke’s father, a decorated police veteran who hasn’t been seen in years. As we see father and son forced to reconnect to solve the deepening mystery together, wider secrets about the killer’s motive and what Zeke’s father has to do with it all will only be spilled when Spiral comes to cinemas on May 17. 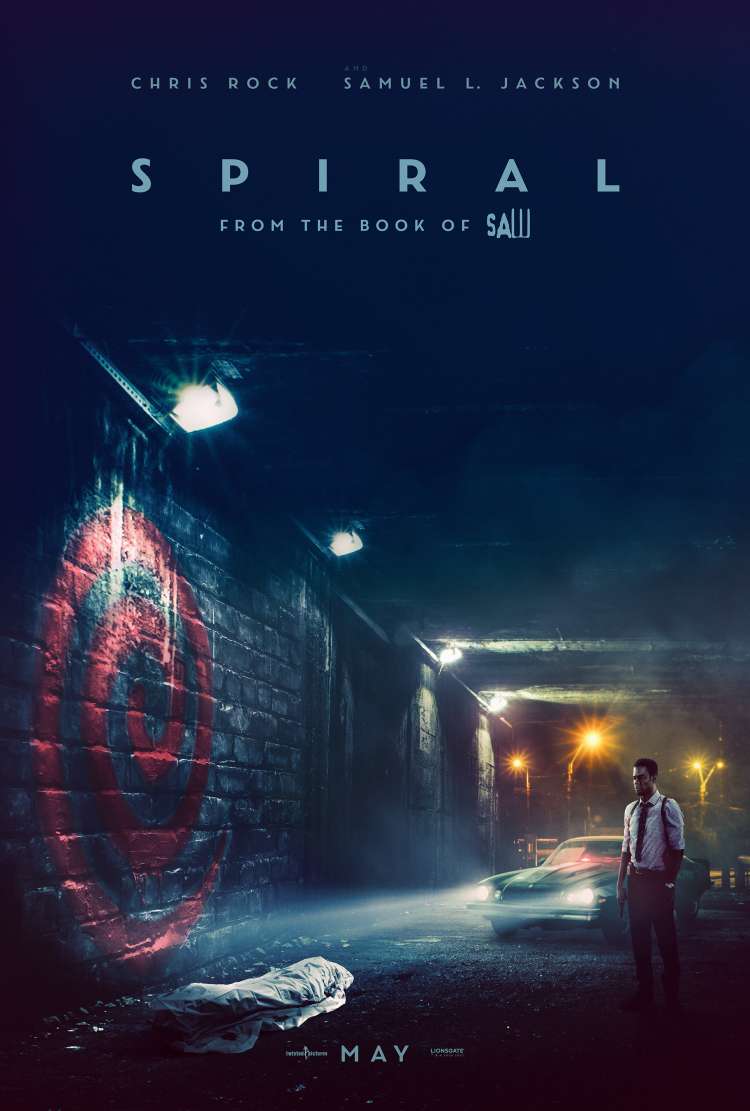 A new game beginsCLICK TO FIND OUT MORE
FEATURE

A detective gets trapped in a sadistic serial killer’s deadly game in the chilling new chapter from The Book Of Saw.

Spiral, John Wick, and more are on the move as Lionsgate make more changes to their theatrical schedule