Set before 1977’s A New Hope, Solo: A Star Wars Story sees Alden Ehrenreich take on the title originated by Harrison Ford to reveal the origins of the space smuggler we all know and love. It’s only a short teaser but one that makes every second count. After some backstory that reveals the brazen pilot’s dreams of becoming the best in the galaxy, we’re treated to glorious sci-fi visuals, otherworldly creatures, and a real sense of fun…more than enough to reassure fans that this is sure to be quintessential Star Wars.

But that’s not all. There’s also and our first real look at the star-studded support cast including Emilia Clarke’s QiRa, Woody Harrelson’s Tobias Beckett, and Donald Glover’s Lando Calrissian. You can view the new character posters for Han, Chewie, QiRa, and Lando in the gallery on the film’s official page. 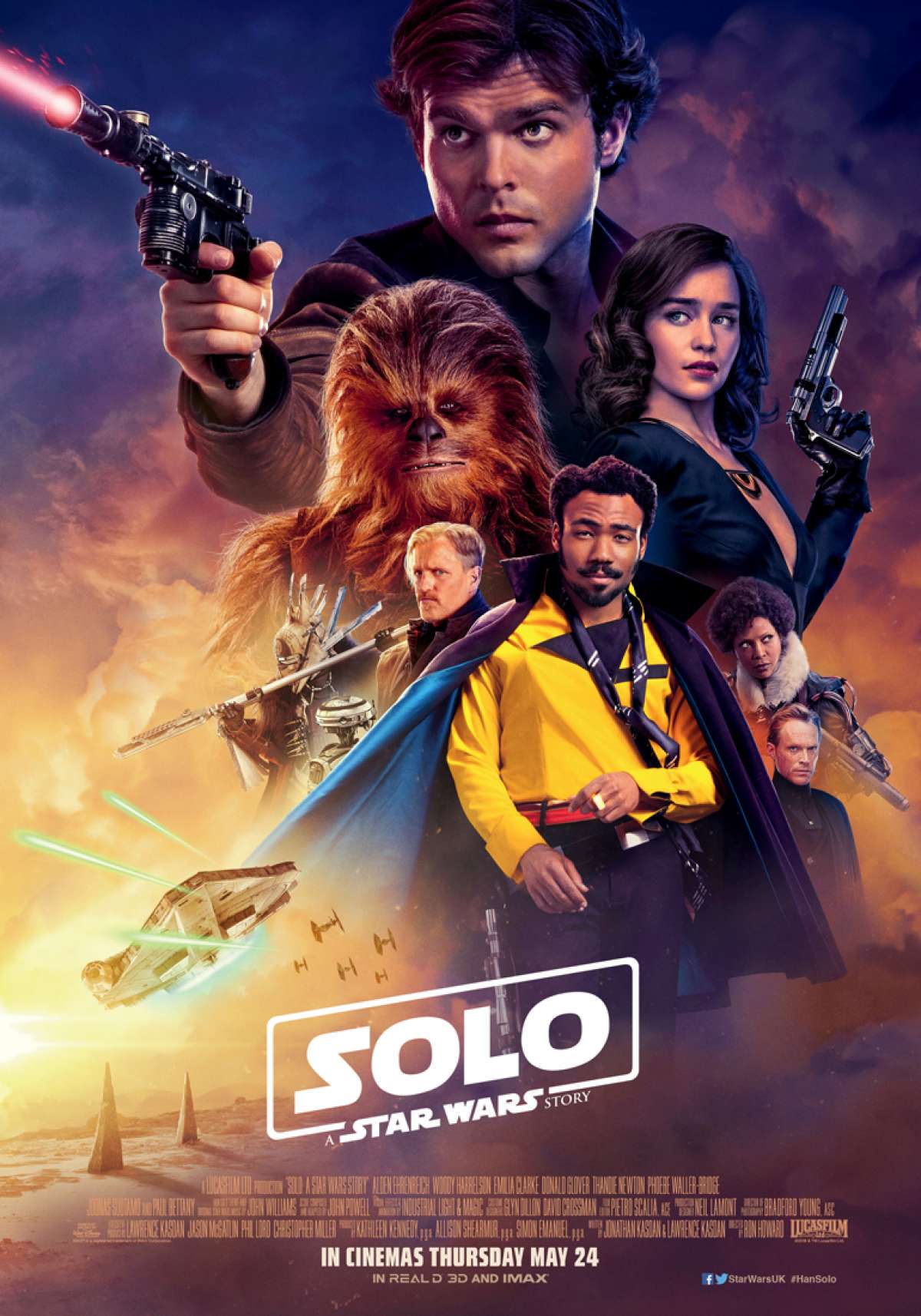 Cinema’s favourite scoundrel leads the second anthology spin-off where the young smuggler must outrun the Empire, befriend a fuzz-ball, and win a ship that can do the Kessel-run in 12 parsecs.

Buckle up! The full trailer for Solo: A Star Wars Story is here, and it promises a really wild ride!