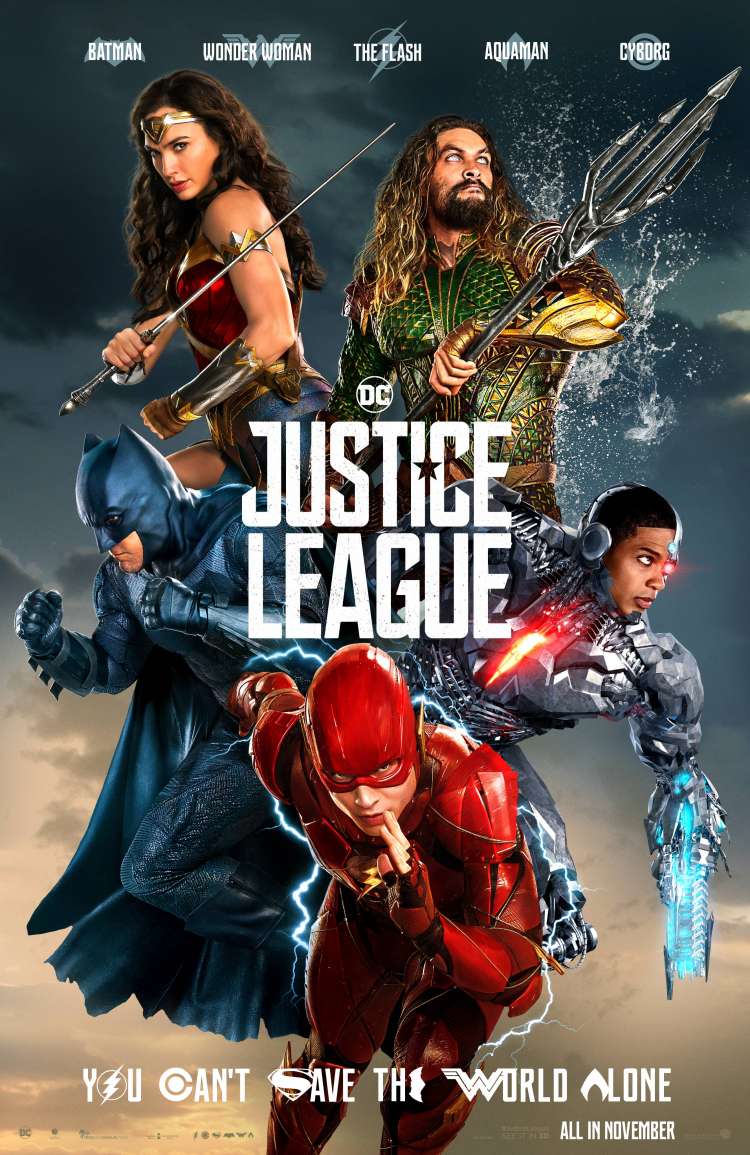 Everything we’ve seen in the build-up to Warner Bros and DC Comics' hero assemblage centrepiece has been dark, gritty, and bordering on monochromatic at times. There were the bleak teaser images from San Diego Comic-Con, the dark, Bohemian Rhapsody-like official poster, and an explosive trailer that while epic did largely keep the heroes in shadow. Now, with only a few weeks until they unite to serve justice, DC's greatest strike their best hero poses in a new poster that throws them into the spotlight. Revealed in the all the colourful splendour of a true comic book movie Wonder Woman, Cyborg, and Flash shine but aren't showing anything particularly new, unlike Aquaman who now boasts a vibrant green and gold costume alongside the bluest Batman we’ve seen since Adam West’s days as the Caped Crusader.

You can't save the world alone.CLICK TO FIND OUT MORE
12A
FEATURE

DC's fast-tracked cinematic universe comes to a head in a battle to fight injustice, whether its heroes are ready to or not

Superfans rejoice, an epic poster and trailer for Justice League is here to put your fears to rest