Director Denis Villeneuve has already achieved the impossible after successfully creating a Blade Runner sequel that not only lived up to its esteemed predecessor but in many wars surpassed it. Now, he turns his attention to bringing Frank Herbert’s famously unfilmable best-seller to the big screen. The epic trailer drops us into the desert planet Arrakis and introduces Timothée Chalamet in the lead role as Paul Atreides, a gifted young man and heir to the noble house Atreides with an incredible destiny. Chalamet headlines an astonishing all-star cast and the longer-than-usual trailer ensures we get a good look at all of them. Zendaya’s mysterious Chani appears first, in a dream sequence that suggests the two share a destiny, before we see a veiled Charlotte Rampling and intense Josh Brolin putting Paul through his paces. Then we meet Rebecca Ferguson as Paul’s mother, a spectacularly bearded Oscar Isaac as his father, and strikingly beardless Jason Momoa as his warrior friend. There’s also blink-and-you’ll-miss-them glimpses of Javier Bardem, Dave Bautista, and Stellan Skarsgård too. It’s a truly mega line-up, but the cast is nothing compared to the scale and scope of the sci-fi storytelling we can expect when this lavish blockbuster comes to the big screen. 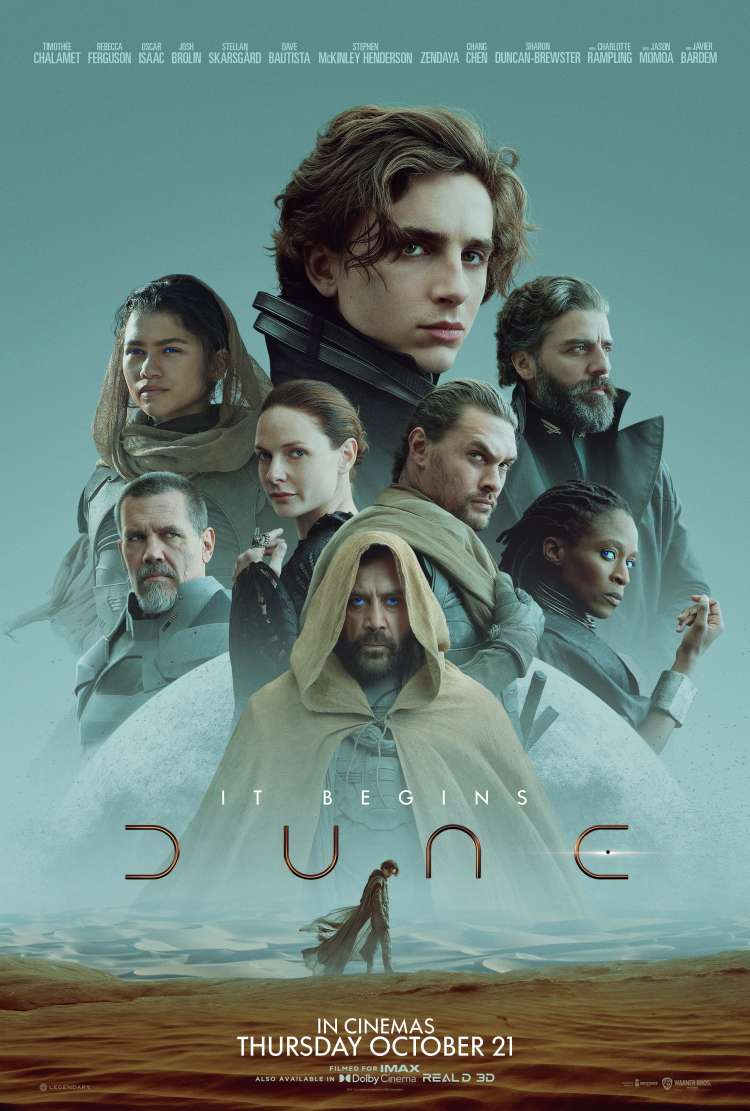 Beyond fear, destiny awaitsCLICK TO FIND OUT MORE
15
FEATURE