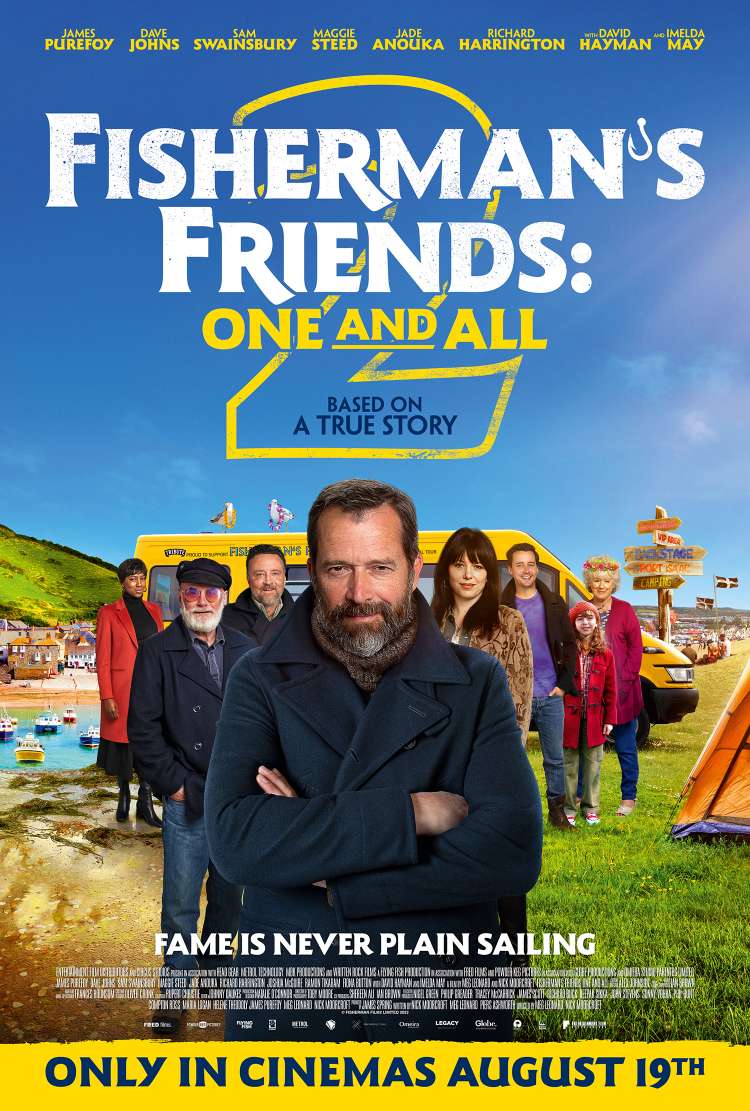 The nation's favourite buoy band are back for the shanty-singing sequel to the hit feel-good comedy that charts the next chapter in the uplifting story based on Port Isaac's Fisherman's Friends. After the events of the first film and following the unexpected success of their debut album, the sequel rejoins the band almost a year later as they navigate the choppy waters of their newfound fame, second album syndrome, and the prospect of performing at Glastonbury. James Purefoy is back to lead the returning cast in the next part of their voyage that welcomes some exciting new crewmates, including Richard Harrington, Joshua Maguire, and Imelda May.

After their first album brings them waves of success, the Fisherman’s Friends must navigate the choppy waters of fame in the sequel to the feel-good sensation.

Fisherman’s Friends: One And All Trailer

The nation’s favourite buoy band are back in the trailer for the shanty-singing sequel to their feel-good hit.