With only ten days until it’s released in cinemas, a brand-new trailer for the long-awaited and long-overdue Zombieland sequel lands to reacquaint fans with America’s most dysfunctional family. Zombieland: Double Tap reunites the key quartet of zombieslayers – Jesse Eisenberg, Woody Harrelson, Emma Stone, and Abigail Breslin – for a sequel where they’re at their wisecracking best. The impressive stars are joined by Rosario Dawson, Zoey Deutch, Luke Wilson, but the biggest reveal is the return of Bill Murray who follows his surprising cameo first time out with another unexpected appearance, even more surprising considering his untimely demise in the first film. Directed by Zombieland and Venom director Reuben Fleischer and co-written by Deadpool’s Rhett Reese and Paul Wernick, the tongue-in-cheek trailer shows all the self-awareness we’ve come to expect from the team. Poking fun at how long it took for the film to be made and just how impressive it is to bring everyone back ten years on for a sequel despite the success its stars have achieved since the first film. 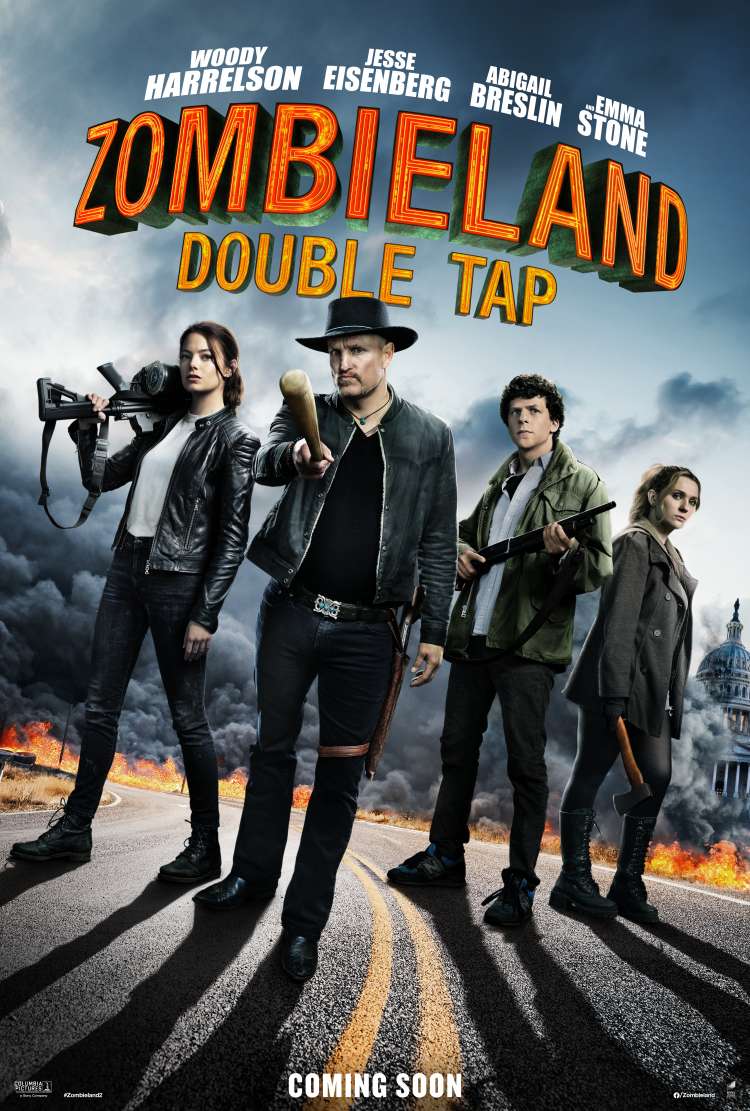 Welcome Back To ZombielandCLICK TO FIND OUT MORE
15
FEATURE

Double-tap: two shots fired in rapid succession. Although ten years between a film and its sequel can hardly be considered “rapid”…it’s Zombieland, where they play by their own rules.

Brand new poster and trailer welcomes you back to Zombieland!