The Phoenix rises and one of the X-Men falls in a shocking new trailer for X-Men: Dark Phoenix

With her X-Men allies on one side and the franchise's villains on the other, the poster pictures Jean split between light and dark, good and the dark cosmic evil that lies within her while the shadow of Jessica Chastain's mysterious character stands below. In addition to new footage from the film and a deeper look at how Jean came to be corrupted by the Phoenix, the second trailer seemingly spoils the film's major twist.

In shocking new footage, we see Jean completely consumed by the cosmic force and unleashing her now unstoppable telekinetic abilities. As the Phoenix, she fights against her fellow X-Men, lifts a moving train with ease, tortures Magneto, and most worrying of all, appears to kill longtime character Mystique. A significant death was always on the cards as a funeral scene was teased in the first trailer, but everything in this trailer points to it being the end of the line for Jennifer Lawrence's shapeshifting anti-hero. 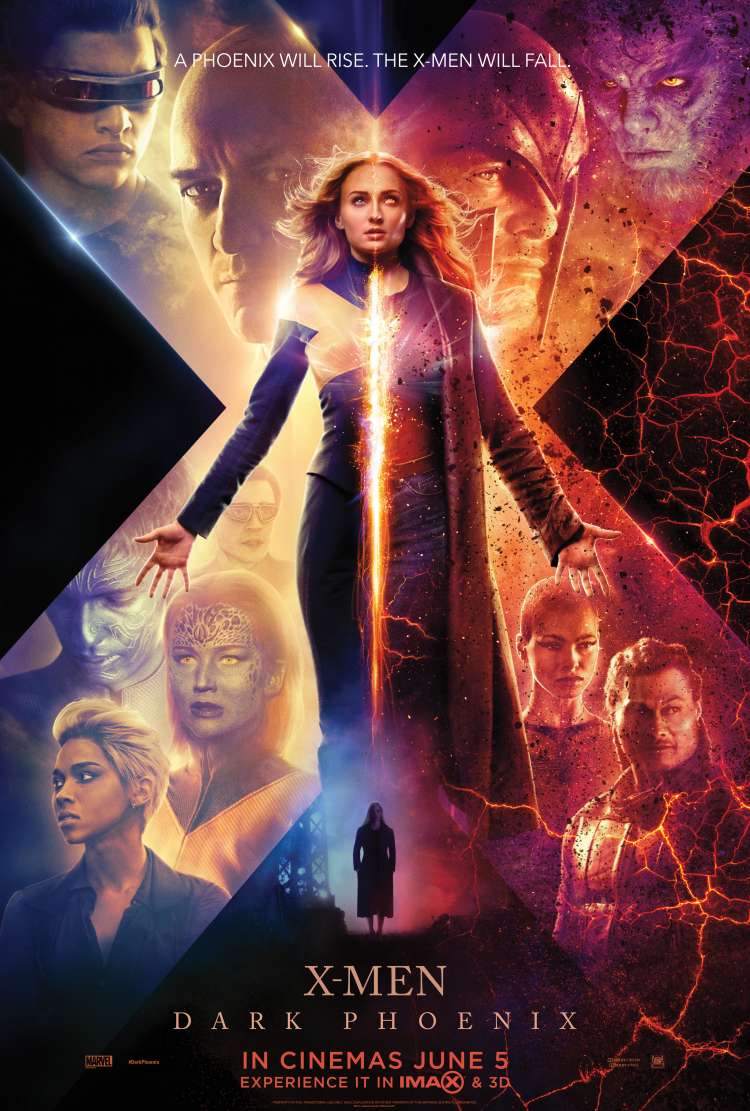 A Phoenix Will Rise. The X-Men Will Fall.CLICK TO FIND OUT MORE
12A
FEATURE

Hit by a freak solar flare, Jean Grey’s powers grow beyond measure. But as a darkness begins to consume her, the X-Men must fight one of their own.

Jean Grey goes up against her fellow X-Men in the poster and trailer for X-Men: Dark Phoenix