The Nutcracker And The Four Realms New Trailer

Anyone who saw Ant-Man And The Wasp has already seen the new trailer that strangely hasn’t appeared online until now, made even more peculiar as it seems Disney has saved their best for last. Packed full of new footage from the film, the thrilling trailer follows Clara as she receives a gift from her godfather (Morgan Freeman) that sends her on an unforgettable festive adventure. She enters a beautiful and magic parallel world where she is, in fact, a princess and meets Keira Knightley’s Sugar Plum Fairy who introduces her to three wonderful realms: the land of snowflakes, the land of flowers, the land of sweets. But it’s not all sugar plums and dew drops, there’s a final fourth realm that’s home to the tyrant Mother Ginger, played by a brilliantly menacing Helen Mirren, who seeks to control time itself. Now, it’s down to Clara to bring harmony to the world, and she’s going to need all the help she can get as she comes up against Mother Ginger and her army of soldiers and clockwork clowns. 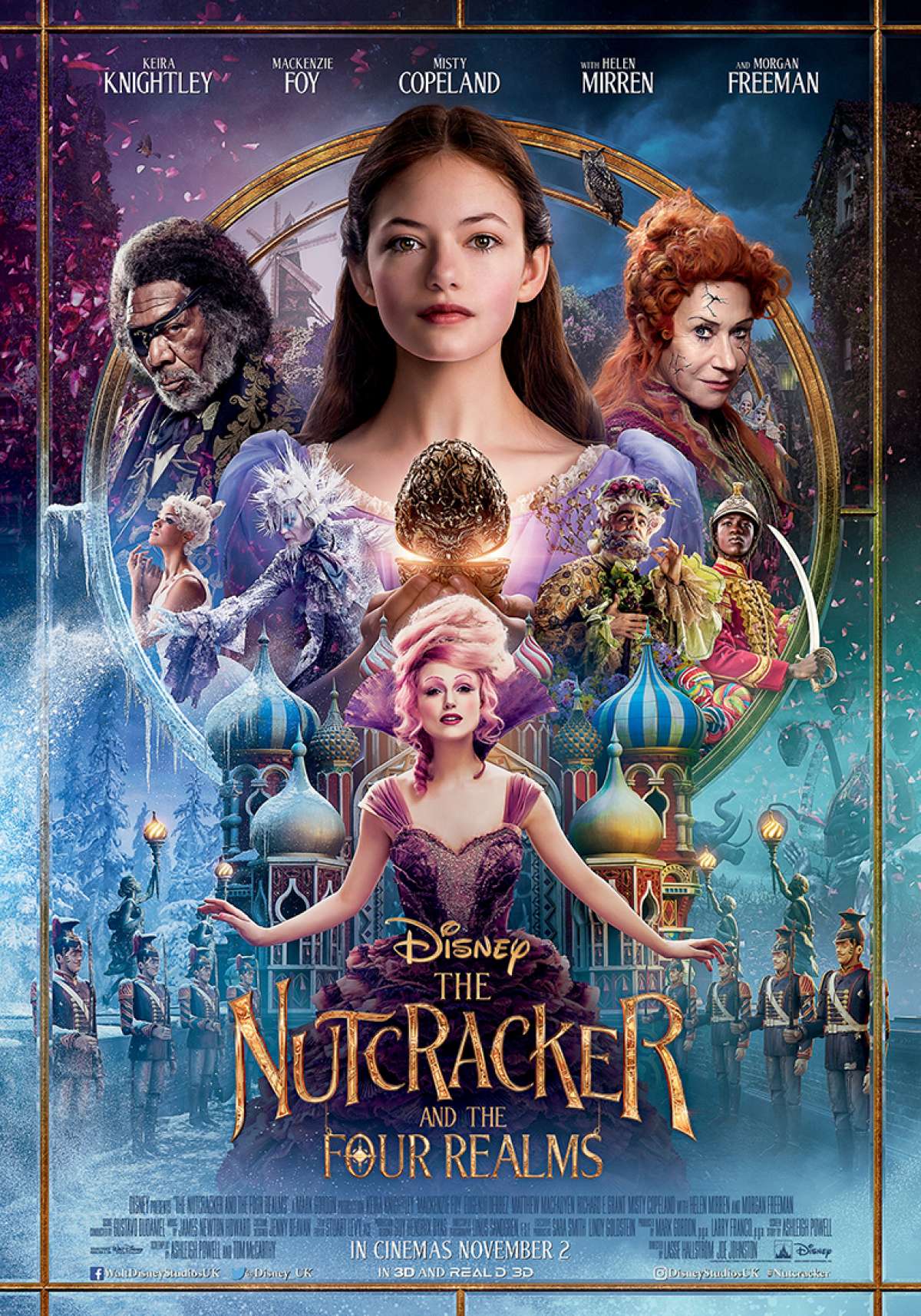 The Nutcracker And The Four Realms

Experience The Magic. Uncover The MysteryCLICK TO FIND OUT MORE
PG
TRAILER

The Nutcracker And The Four Realms Teaser

The enchanting teaser for the reimagining of a classic fairytale sprinkles Disney magic onto Christmas.