Transporting audiences back in time to 1862 London, the trailer for the thrilling drama sees Eddie Redmayne’s ambitious and headstrong meteorologist James Glaisher planning an audacious attempt to predict the weather; only to be ridiculed by his peers. Despite the setback, he decides to achieve his dream nonetheless but to achieve the impossible he's going to need a pilot and a damn good one at that. Enter daredevil balloonist Amelia Wren (Felicity Jones) who after some convincing reluctantly agrees to help James fly higher than anyone has ever gone before. Piloting an enormous hot air balloon, the duo embarks on a dangerous voyage into the clouds that sees them facing extreme weather, engineering mishaps, and total isolation from the world below. Directed by Wild Rose’ Tom Harper, The Aeronauts reunites The Theory Of Everything co-stars Redmayne and Jones who lead an all-star support cast that includes a wealth of British talent including Himesh Patel, Anne Reid, Tom Courtenay, Tim McInnerny, and Phoebe Fox. 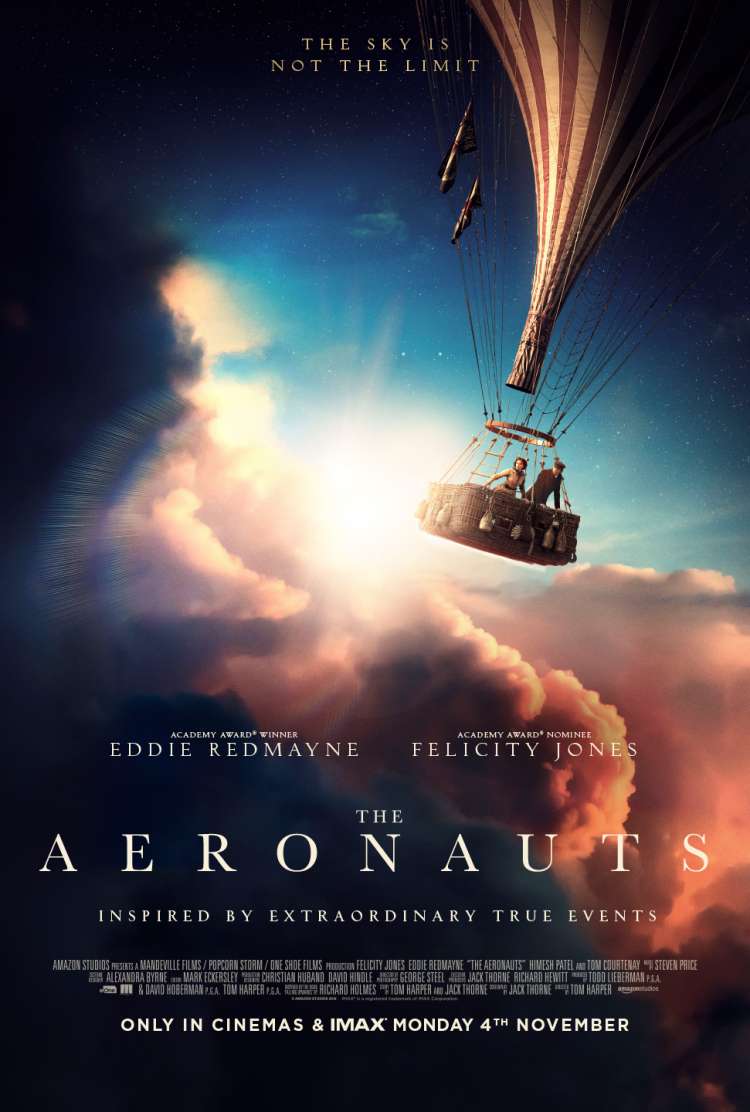 Touch The SkyCLICK TO FIND OUT MORE
PG
FEATURE

Felicity Jones and Eddie Redmayne reunite and take to the skies for an uplifting adventure that will voyage to the very edge of human existence.