Giddy-up and get watching the trailer for the new chapter in DreamWorks Animation’s beloved franchise, Spirit Untamed.

Welcome to Miradero, a small town whose inhabitants are utterly horse-obsessed. It’s here where we see our young hero, Lucky, encounter a wild mustang with plenty of fighting spirit. After striking up an instant bond with Spirit, Lucky sets off on an adventure to keep her new friend from falling into the wrong hands. As well as setting up a heartwarming story about the relationship between a young girl and a wild horse, the trailer also introduces us to the stableful of stars that’s been assembled. Dora And The Lost City Of Gold’s Isabela Merced (formerly Isabela Moner) stars as Lucky, while Jake Gyllenhaal and Julianne Moore co-star as Lucky’s father Jim and Aunt Cora respectively. The rest of the cast includes Brooklyn Nine-Nine’s Andre Braugher, Walton Goggins, and Mckenna Grace and Marsai Martin as Lucky’s horse-riding friends Abigail and Pru. There’s plenty of horsing around on show that promises a fun and adventure-filled animation for all the family. But there’s also the suggestion of some serious themes as DreamWorks re-tread familiar ground in their latest exploration of the special connection between humans and animals that they did so successfully in the past with How To Train Your Dragon and the first Spirit film – the 2002 Oscar-nominated film Spirit: Stallion Of Cimarron. Saddle up for adventure when the next chapter in DreamWorks Animation’s beloved franchise comes to cinemas this July. 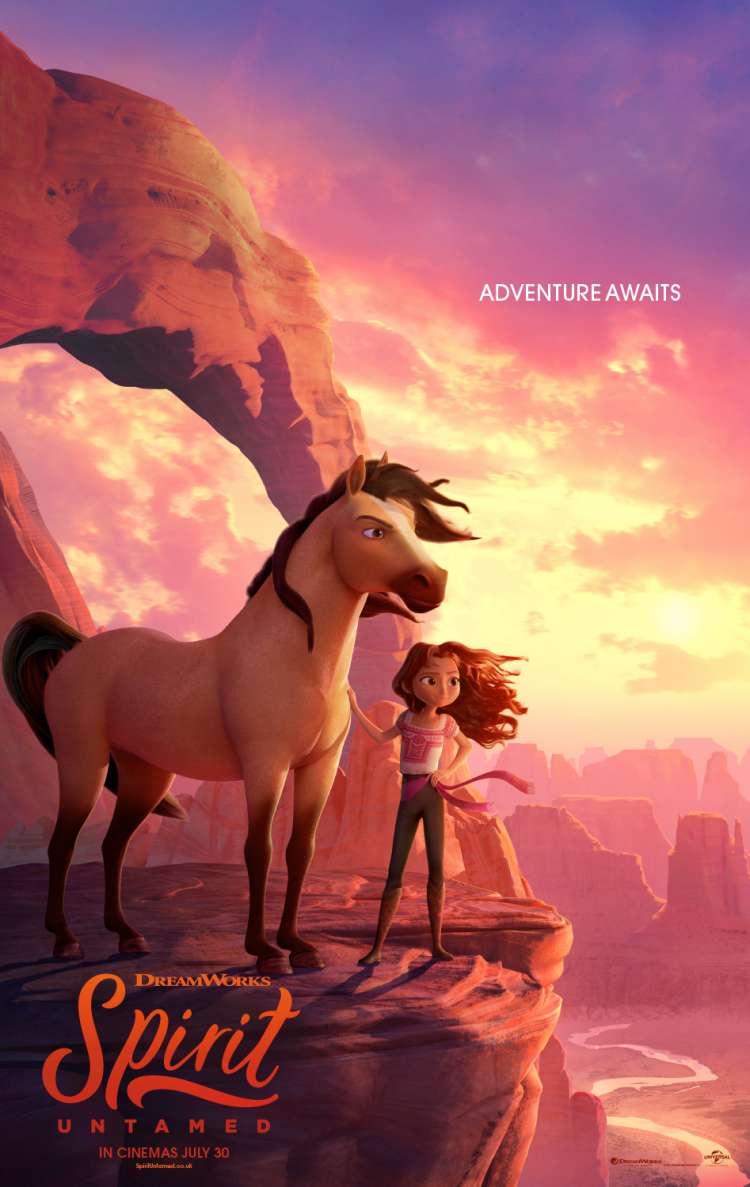 Adventure awaitsCLICK TO FIND OUT MORE