Hollywood A-listers Will Smith and Tom Holland team up for some super suave espionage action in Spies In Disguise, a new animated comedy with a poultry twist.

Having already had great success kickstarting new animated movie franchises with the likes of Ice Age, Rio, and Ferdinand, Blue Sky Studios is now setting its creative sights on the world of gadgets and secret agents. Spies In Disguise promises to be a much lighter-hearted take on the genre, however, featuring the esteemed voice talents of Will Smith and Tom Holland.

Smith plays Lance Sterling, arguably the most famous super spy of them all, who suddenly finds himself the unsuspecting subject of an experiment conducted by Holland’s Walter Beckett. The result is that Sterling no longer resembles the smooth and sophisticated man with a plan, but rather a pigeon with limited wingspan. The question is: does he still have what it takes to save the world?

Luckily, being transformed into a bird at least proves to be the ultimate disguise. And it’s this, combined with Beckett’s nerdy tech knowhow, that’ll see the duo attempt to foil the latest dastardly plot threatening Earth. Spies In Disguise is set to give spy films an unexpected spin, marking the first time Smith has led an animated feature film since Shark Tale.

Ian Fleming’s British Secret Service agent has now been around for over seventy years, continuing to wine and dine many a femme fatale while uncovering complex plot after complex plot. Only six actors have ever played the role on screen, each bringing their own brand of stylish charm.

Is there anything he can’t do? Tom Cruise’s Ethan Hunt has worked his way up the spying elite by completing many death-defying feats of danger, always doing so with a wink and a smile. This is what makes him one of the smoothest around.

The Cortez siblings proved across three movies that kid spies can kick just as much arse as adult ones, foiling several plots centred around a monster-populated island and menacing video game landscapes. Carmen, though, always kept her cool. 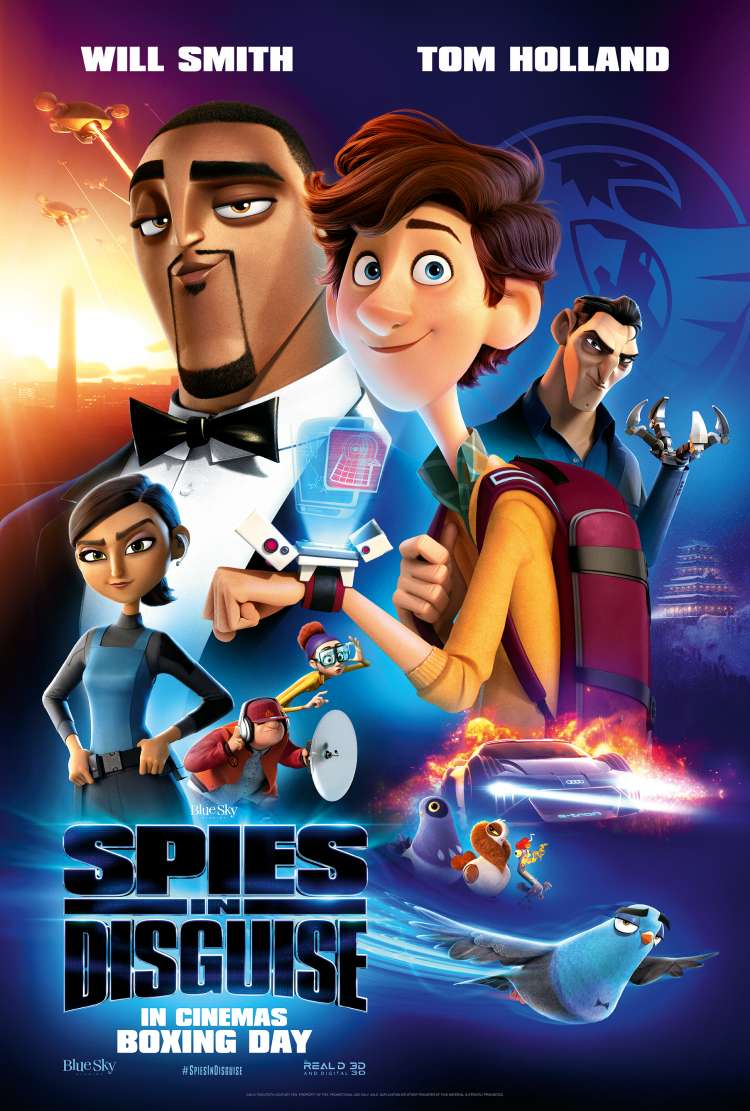 Spies In Disguise Trailer And Poster

Spies In Disguise Poster And Trailer