Giving us our first look at Jennifer Lawrence in the lead role as seductive “sparrow”, the thrilling trailer begins slowly as Dominika apprehensively awaits a male companion in a luxurious hotel room before erupting into a high-octane sequence. Joel Egerton’s gravelly voice sweeps over violent footage as we go behind the scenes of a secret Russian intelligence service to learn just what makes someone a sparrow. Reunited with Hunger Games director Francis Lawrence, the Academy Award winner stars alongside Joel Egerton, Matthias Schoenaerts, Charlotte Rampling, Mary-Louise Parker, and Jeremy Irons in an enthralling thriller that will also serve as something of a swan song for Lawrence as she plans on taking a two-year acting break. 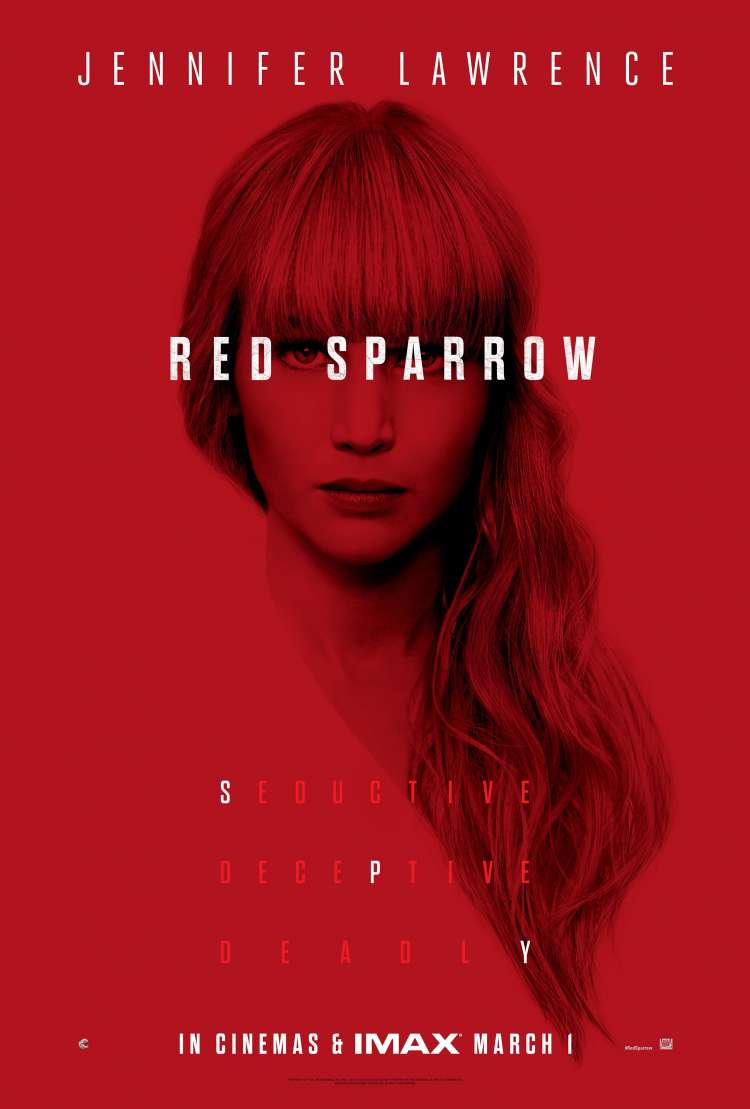 Jennifer Lawrence stars in a scarlet poster that spells out what it takes to be a spy.