They. Are. Venom! The not-so-friendly neighbourhood supervillain is unleashed in a new, extended trailer.

The Spider-Man spin-off’s marketing has seen a fittingly dramatic evolution over the previous months. The first teaser focussed on Hardy and the human characters, with no actual footage of the alien symbiote. We eventually got our first proper look at Venom in a full-length trailer but still so much was left in the dark. Now, the latest trailer arrives with the most extensive look yet as the oozing, menacing monster is thrust into the spotlight, and it’s safe to say he’s making the most of it.

There’s more detailed backstory around Dr Carlton Drake’s shady experimentation at The Life Foundation and Eddie Brock’s investigation that leads him to be infected with alien DNA. However, the real treats come later in the form of explosive action sequences, a series of stunning shots that we can’t wait to see on the biggest screen possible, and some truly unforgettable pieces of dialogue. And we thought Deadpool was Marvel’s biggest badass. 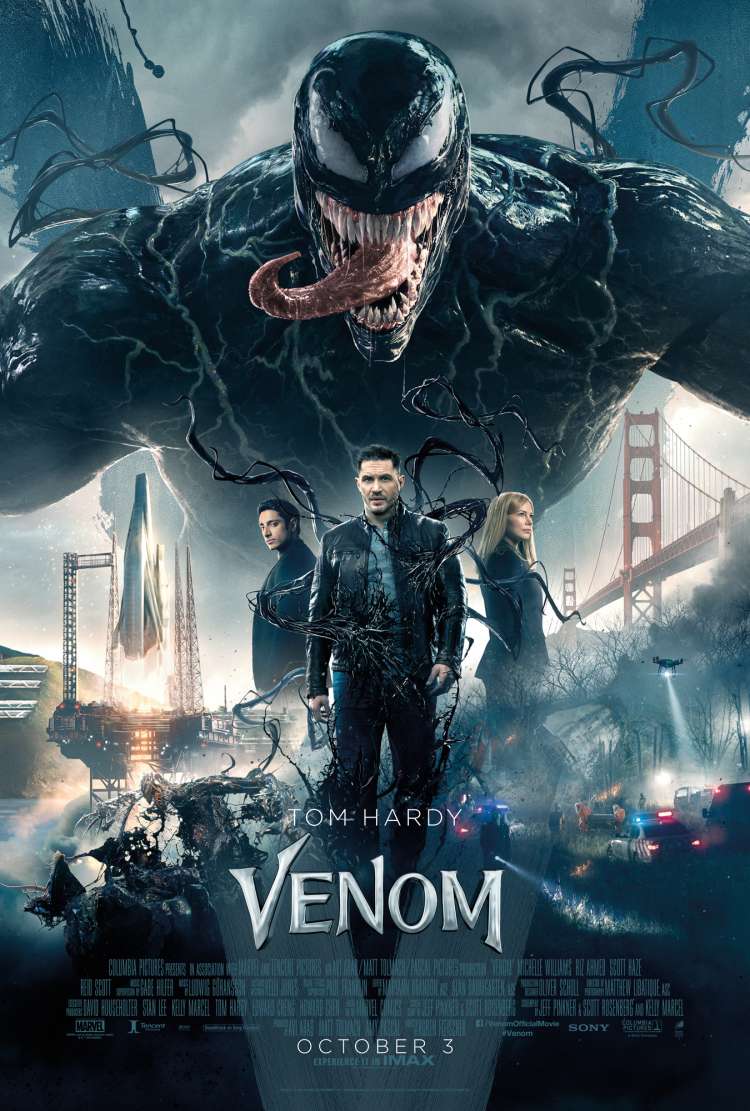 Embrace your inner anti-heroCLICK TO FIND OUT MORE
15
FEATURE

Tom Hardy merges with an alien symbiote in the darkest superhero franchise yet. Fuelled by unbridled rage and power beyond measure, Venom must battle an even darker enemy lurking in the shadows.