Diving deeper into the central conflict between Angelina Jolie’s Maleficent and Michelle Pfeiffer’s Queen Ingrith, the new trailer reveals that five years have passed since the first film and sees Prince Phillip and Aurora becoming engaged. Initially forbidding it, Maleficent reluctantly agrees to a marriage that would see a union between The Moors and a neighbouring kingdom, but when Queen Ingrith suggests Maleficent’s monstrous nature makes her an unfit parent and that she will take her place as Aurora’s true loving mother Maleficent unleashes her fury in the wickedest way. Full of fantastic images from the fairy tale world, the trailer suggests this sequel will be brimming with edge-of-your-seat action as Aurora and Maleficent find themselves on opposite sides of a great war. But come in its closing moments as we discover Maleficent isn’t the only one of her kind and Chiwetel Ejiofor is finally revealed as the leader of a group of winged creatures that look suspiciously similar to The Sleeping Beauty villain. 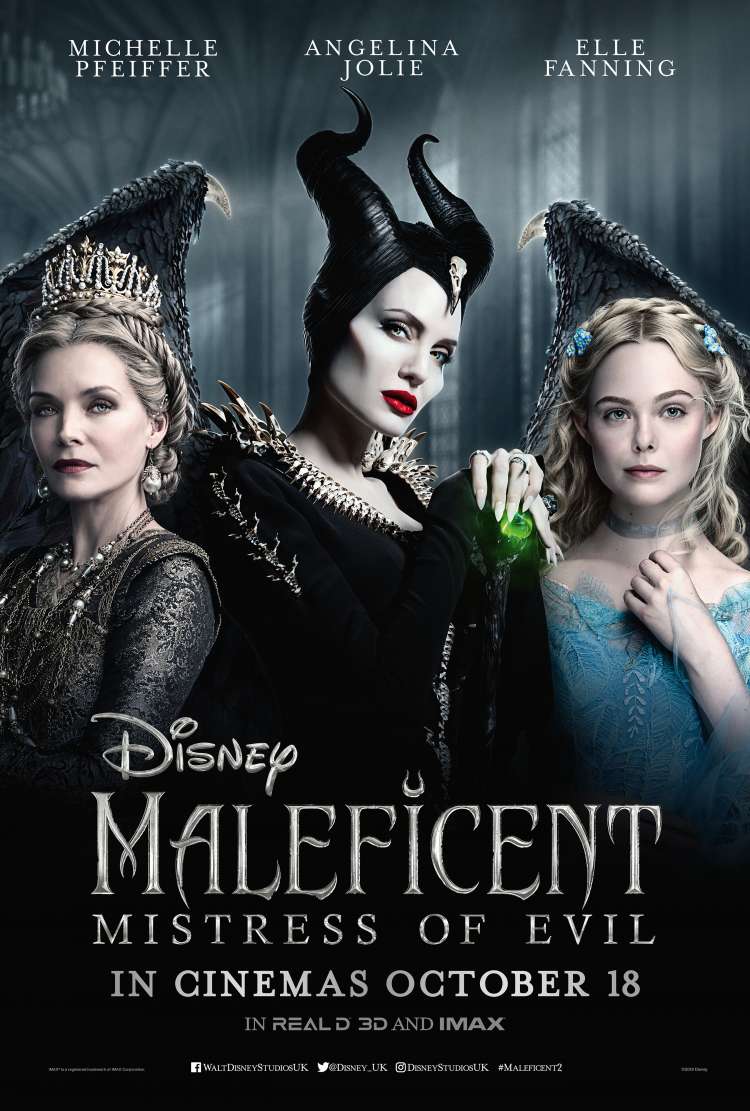 Beyond The FairytaleCLICK TO FIND OUT MORE
PG
FEATURE

Maleficent has found a loving existence alongside Goddaughter Aurora. But with an impending wedding and a magical new threat, her darkness rises once again – and the human/magical war becomes inevitable.

Angelina Jolie is back to her wicked ways in the debut trailer for Maleficent: Mistress Of Evil