Get ready to sing, dance, laugh, and love all over again with a sequel that promises to treat fans with everything the original provided and more!

Returning favourites reprise their roles as we catch up with Sophie (Amanda Seyfried), her boyfriend Sky (Dominic Cooper), and her three potential fathers Sam (Pierce Brosnan), Bill (Stellan Skarsgård), and Harry (Colin Firth) and join new additions for a sequel that goes back in time to reveal how relationships forged in the past affect the present. Lily James stars as a younger version of Meryl Streep's Donna in an all-new original musical that invites you to discover how she came to run a villa on the small Greek island of Kalokairi and enjoyed the time of her life alongside her fellow dancing queens Rosie and Tanya and the three young hunks she romanced during her heyday.

The first-look trailer ends with a reveal of singing superstar Cher, who joins the star-studded cast as Sophie's party-crashing grandmother. 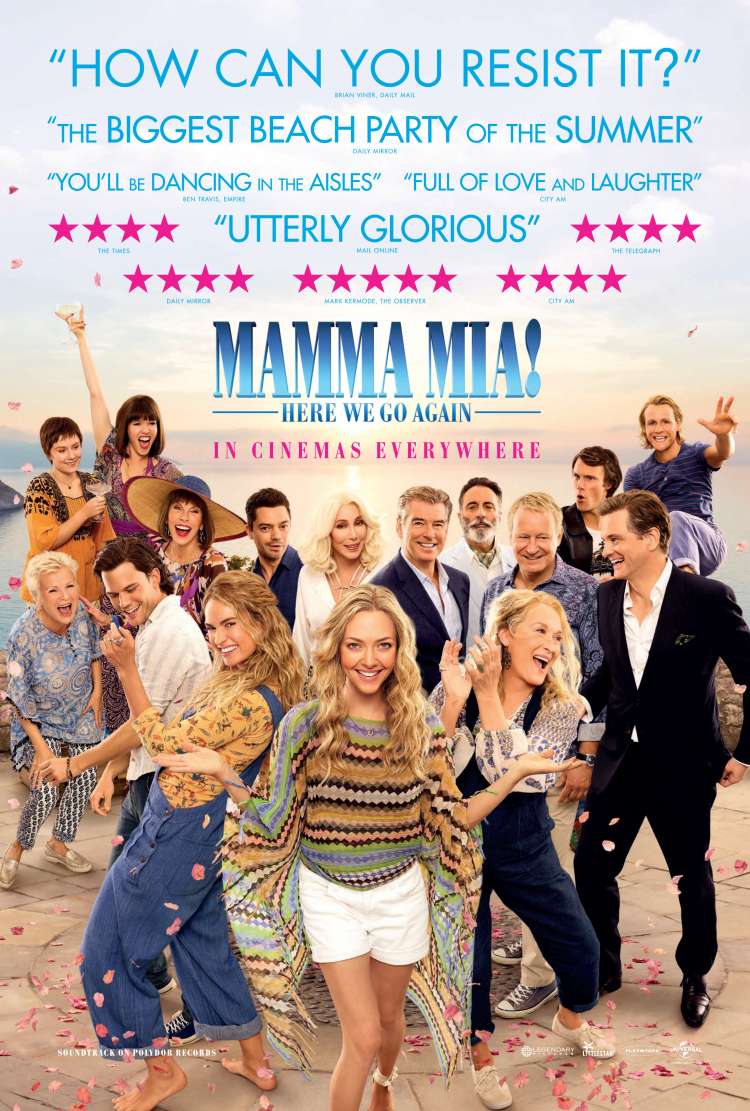 Have The Time Of Your Life!CLICK TO FIND OUT MORE
PG
FEATURE

Journey back to the island to discover the romantic origins of 2008's summer smash hit Mamma Mia as Sophie uncovers her mother's past while seeking direction on raising her own family.