Once Upon A Summer Romance

Journey back to the island to discover the romantic origins of 2008's summer smash hit Mamma Mia as Sophie uncovers her mother's past while seeking direction on raising her own family.

Ten years on from the worldwide box-office smash Mamma Mia, it’s time to return to the beautiful Greek island of Kalokairi for another magical story of family, friendship, and love.

Featuring the celebrated compositions of ABBA, Mamma Mia! Here We Go Again is both a sequel and prequel, journeying into the past of matriarch Donna to recount a summer filled with romance, hilarity, and music.

As the original cast reprise their roles, Lily James steps into Meryl Streep's shoes to portray Donna when she first arrived on the island. With a story written and directed by the writer of the The Best Exotic Marigold Hotel, Ol Parker, this adventurous and charming trip to the past will undoubtedly be an unmissable event for fans of the musical and first film.

As a brand-new lineup of stars join the familiar faces of Amanda Seyfried, Pierce Brosnan, Colin Firth, and Stellan Skarsgård, prepare for new relationships to be forged and revelations from the past to rise to the surface.

Packed with surprises and set amongst the most picturesque of surroundings, this follow-up delivers a marriage of drama, music, and comedy in a welcome encore to the original tale.

ABBA'S Benny Andersson and Bjorn Ulvaeus have returned for the sequel to provide music and lyrics and serve as executive producers. Expect another energetic and infectious series of musical numbers to accompany all the drama onscreen. Many of the beloved band's classic tunes have already been confirmed as part of the soundtrack, including Waterloo, Dancing Queen, Thank You For The Music, and expect many more. The shock addition of Cher to the cast also promises to bring even more melodic action to the island. Get ready to sing and dance, laugh and love all over again. 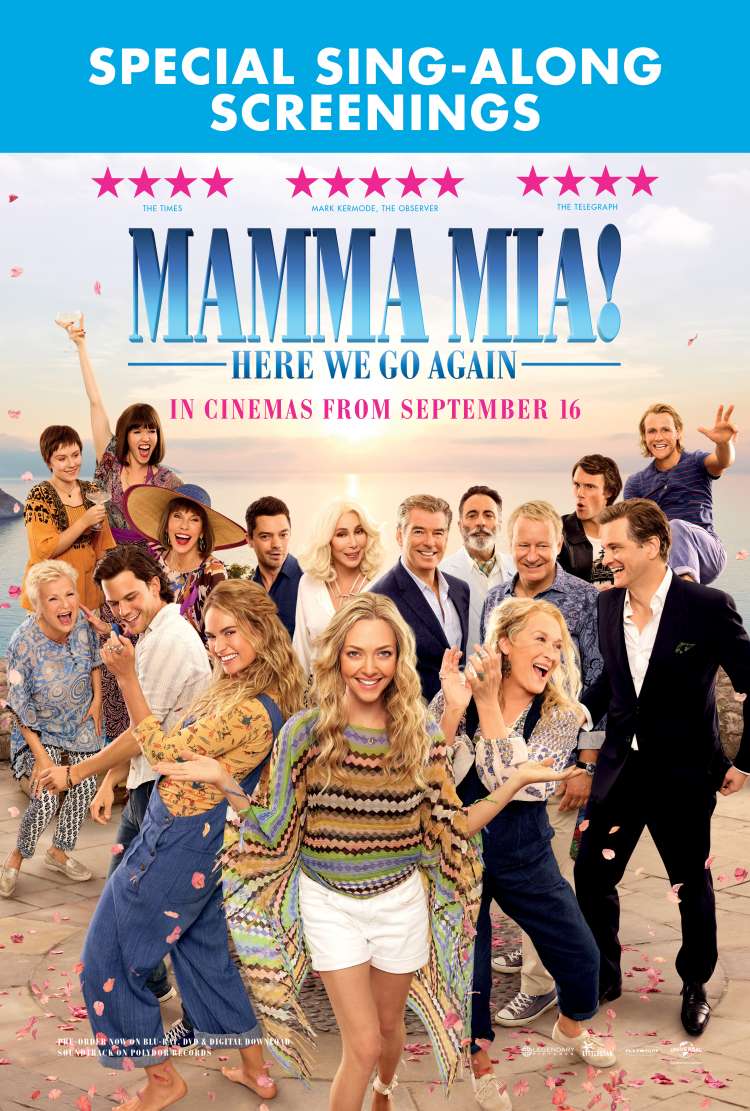 Have The Time Of Your Life!CLICK TO FIND OUT MORE
PG
TRAILER