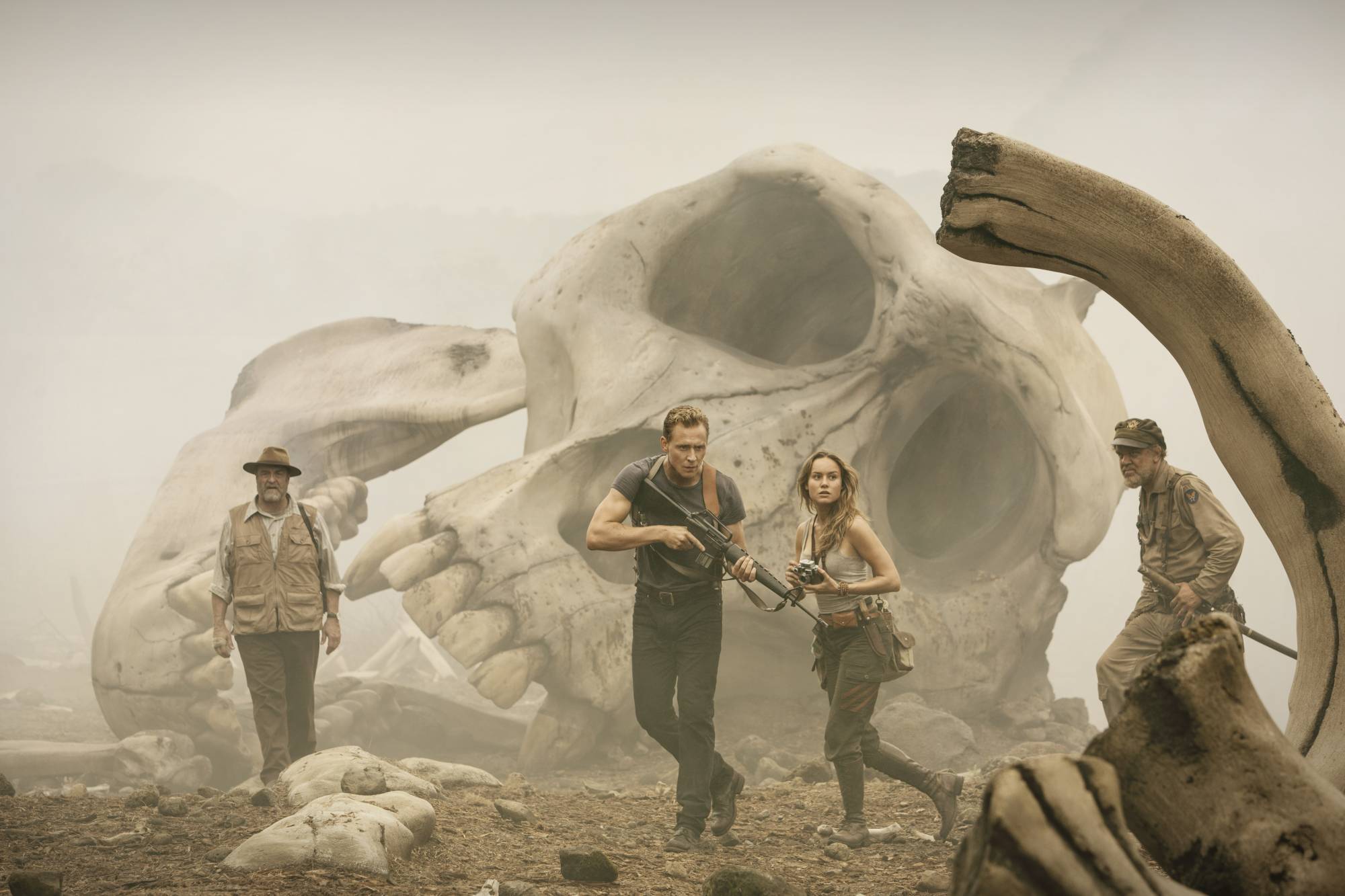 Warner Bros have garnered a good reputation for fostering exciting auteurs with big budget endeavours. Fresh from his quietly beautiful breakout drama, Kings Of Summer, Jordan Vogt-Roberts takes a giant step in his burgeoning career with a different beast altogether; a monster of a movie devised to breathe new life into cinema’s longest serving monarch.

Transplanting the classic mythology to a more modern setting that views the eighth wonder of the world through the lens of an anti-Vietnam war sentiment, Kong: Skull Island follows a disparate group of scientists, explorers, and war-weary American soldiers on an expedition to a mysterious island in the South Pacific where they discover a lost world like no other.

Unlike Gareth Edwards’ disappointing Godzilla, which was heavily criticised for its lack of exposure of its titular monster, Kong explodes onto the scene in a wonderfully orchestrated sequence that never misses a beat; instantly grabbing you, shaking you around, before dumping you in the middle of Kong’s kingdom.

Through beautifully rendered, state-of-the-art CGI Roberts creates a living, breathing world full of wonder, breath-taking scenery, and extraordinary otherworldly creatures. Sadly the setting has far more character than any of the human players who, despite the utmost effort, appear as little more than a line of victims for an assortment of the island’s animals to dispatch. In fact, it isn’t until the midway point where the film’s only truly developed character arrives.

John C Reilly steals every scene as lost-in-time fighter pilot Hank Marlowe who survived a crash-landing thirty years earlier and has been living among the natives ever since. His arrival marks a tonal shift towards the comparatively cheesy, more absurd classic creature features from cinema’s past and brings with him a level of humour the film had been striving for from the start. But he’s far more than comic relief. Bringing warmth, charm, and authenticity in an engaging role, Reilly gives us someone we hope makes it off the island alive.

If thrives with booming action set pieces, subtle nods to classic cinema, and a perfect pacing, but with so few characters to care for its rich, vibrant world feels rather empty. It succeeded in its attempt to create a spectacle but like so many of Warner Bros recent efforts, as thrilling and entertaining as it may be, it never shakes a nagging feeling of what might’ve been.

Awaken the kingCLICK TO FIND OUT MORE
12A
FEATURE

When a team of explorers journey to a mysterious island, they quickly learn that they've crossed into the domain of monsters. Kong is back, and he's bigger than ever.