The highly-anticipated First World War drama, adapted from R.C. Sherriff’s acclaimed play, joins a company of British soldiers in the trenches in northern France as they hold their position to fend off an impending German attack. Asa Butterfield stars as fresh-faced officer Raleigh, who upon arriving at his new post on the frontline meets company leader and old school friend Captain Stanhope, played by Sam Claflin. But C-company’s commander has been deeply traumatised by his experiences and as the days tick by, tension mounts amid fear of the German attack that draws closer. The young stars are joined by an exciting line-up of British talent including, Tom Sturridge, Stephen Graham, Paul Bettany, and Toby Jones as officer’s cook. 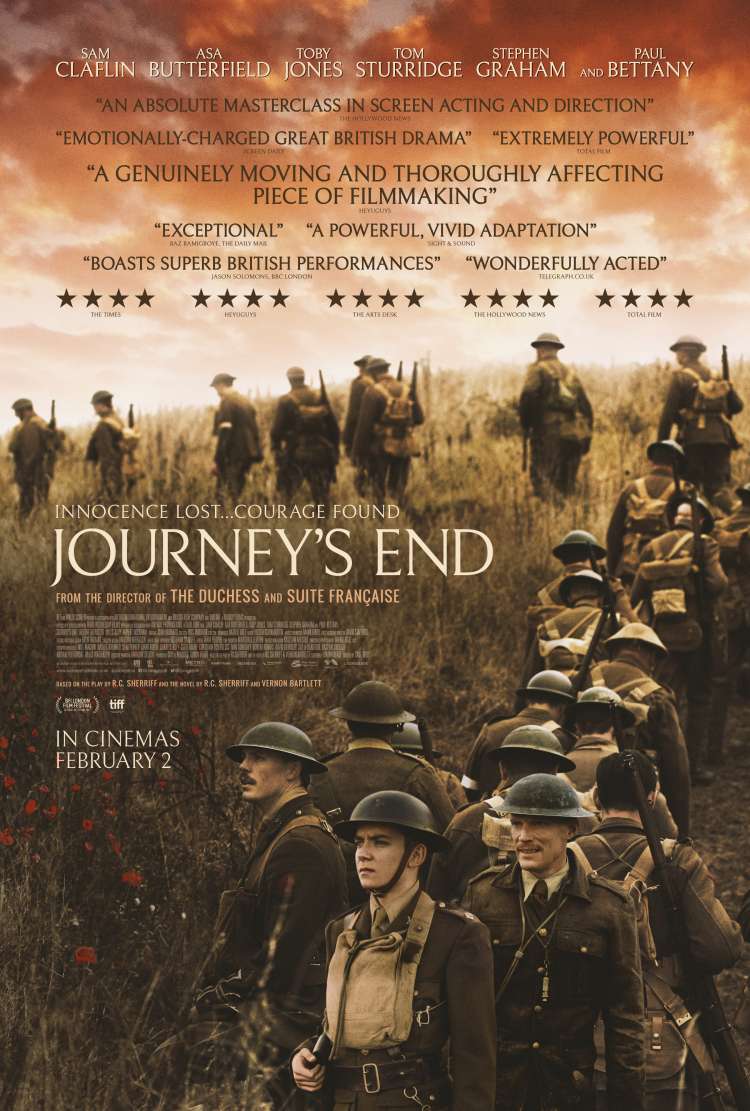 With a German attack imminent, a company of British soldiers can only wait as fear, suspense, and paranoia brew in a poignant First World War drama.