Set to German-language covers of I’m A Believer and Heroes, the see-it-to-believe-it trailer drops us into Second World War era Germany as imagined by the zany director of What We Do In The Shadows, Hunt For The Wilderpeople, and Thor: Ragnarok; a time of preposterous youth camps, flamboyant Fuhrers, and Hitler himself eating a unicorn head of sliced meat. Intended as a surreal anti-hate satire, Jojo Rabbit revolves around a Hitler Youth member Jojo (Roman Griffin Davis) and his imaginary friend Adolf Hitler (played by Waititi) as the young boy comes to terms with his beliefs. Beliefs which begin to crumble when he discovers his mother (Scarlet Johansson) is secretly anti-Nazi and has been hiding a young Jewish girl, Elsa (Thomasin McKenzie), in their home. As far as storylines go, they don’t get much stranger than that, but it’s not all silliness as Waititi’s merciless spoofing of the infamous Nazi leader appears to be met with an equal measure of sentiment coming of age story all about love. The trailer also provides a look at the exciting support cast that includes Sam Rockwell, Rebel Wilson, and Stephen Merchant as other Nazi members, and also introduces young Archie Yates whose already stealing scenes as Jojo’s adorably clumsy pal Yorki. 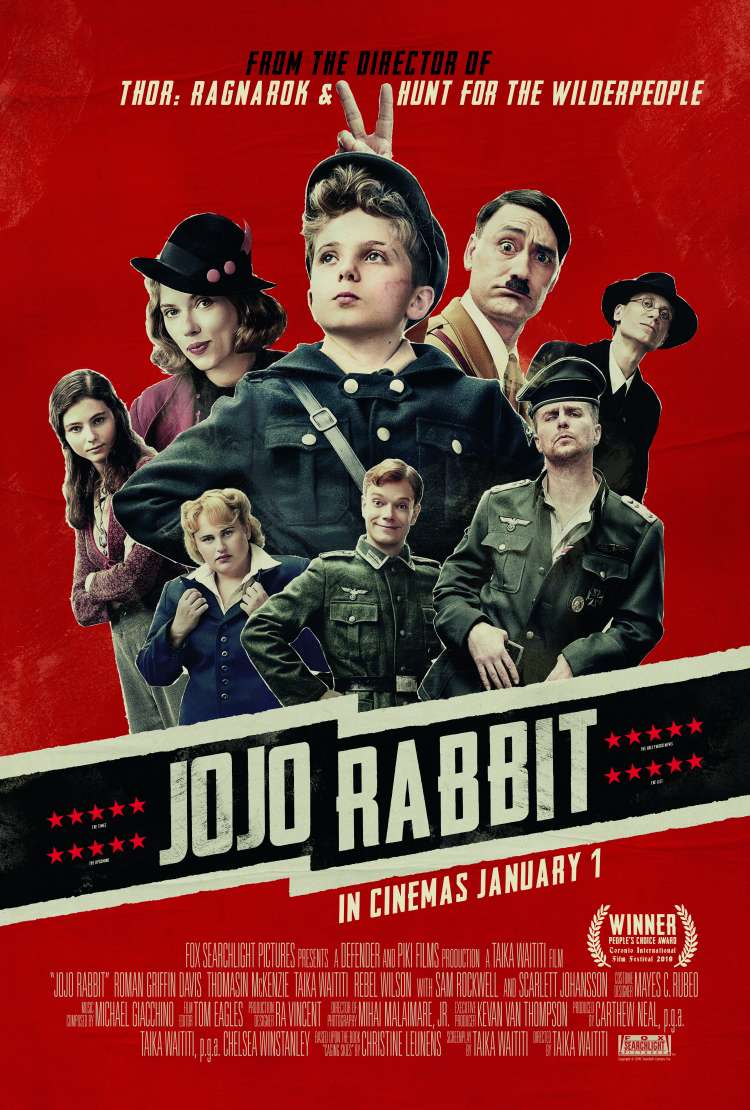 From The Director Of Thor: Ragnarok and Hunt For The WilderpeopleCLICK TO FIND OUT MORE
12A
FEATURE

The director of Thor: Ragnarok helms a WWII-set satirical comedy you did Nazi coming! Jojo Rabbit tells the tale of a young German boy and his imaginary friend, Hitler.