After the Avengers saved the world with a snap, they triggered the return of an ancient enemy. Now, an all-new team of heroes must step out of the shadows to save humanity from the greatest threat they've ever faced.

Thousands of years ago, ancient extra-terrestrial beings known as the Celestials created a collection of super-beings. These Eternals have been blending in on Earth ever since, waiting to protect us from the one enemy they were created to defeat. Five years after the snap, over half the planet’s population has returned. The Avengers may have saved everyone from a terrible fate, but it may come at the ultimate price.

With the effects of the snap rippling across the universe, the threat of an enemy long forgotten has resurfaced. Forget the past string of villains and other threats from space, now the Eternals must finally reveal themselves to protect the human race from the onslaught of the Deviants.

Get ready to meet an all-new kind of superhero as we get stuck into Marvel’s highly anticipated fourth phase with what promises to be their most spectacular film to date.

Following the death of Tony Stark and Steve Roger’s retirement as Captain America, the world is crying out for new saviours, but who will become Earth’s next mightiest heroes?

The former assassin of the Ten Rings organisation brings martial arts to the MCU and an exciting link between past, present, and future phases.

With a warrior who can conjure any weapon out of thin air and another whose powers rival Superman’s, this team of immortals could probably protect Earth on their own – if it wasn’t for their golden rule to not interfere and only fight Deviants.

Brie Larson is back in the Captain Marvel sequel that sees Carol Danvers team up with Ms Marvel. No Infinity Stone collecting Titan or Deviant are a match for this duo. 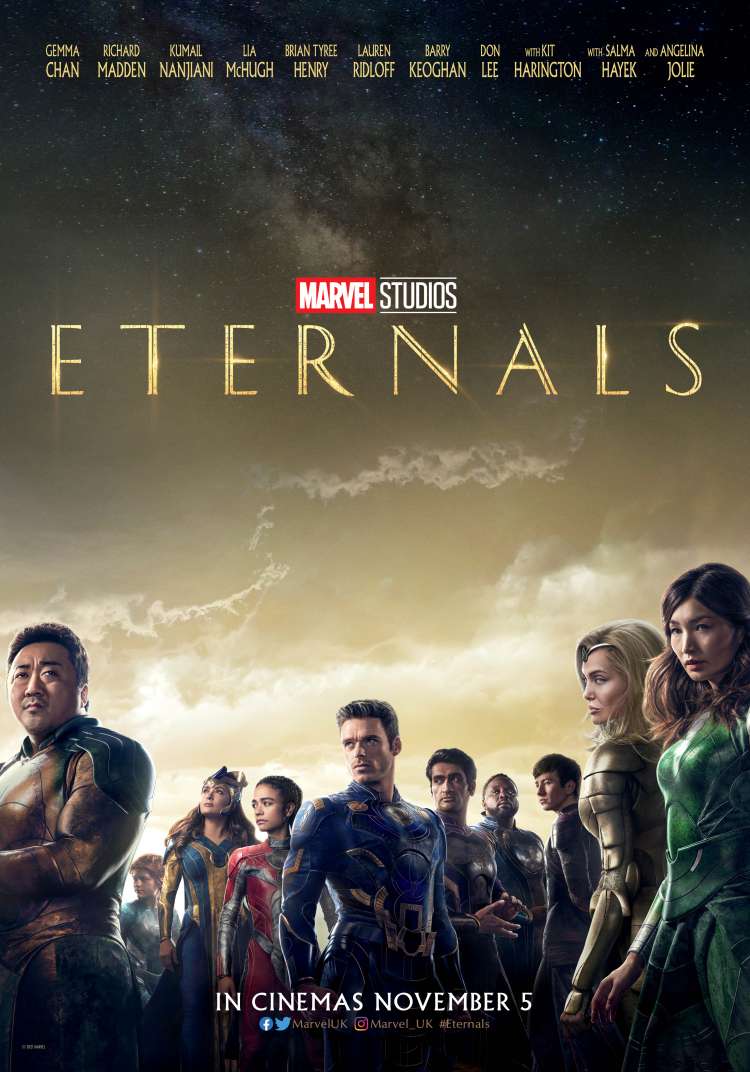 In the beginning...CLICK TO FIND OUT MORE
12A
TRAILER