Baz Luhrmann is famed for lavish, musically-driven spectacles and a trailer full of trademark extravagance and eccentricity suggests he’s the perfect filmmaker to bring the rock ‘n’ roll superstar’s story to the big screen. The trailer introduces Luhrmann’s leading man, Austin Butler, who nails the style, swagger, and surprisingly impressive voice to be King. We’re also introduced to an almost unrecognisable Tom Hanks, who transforms into Colonel Tom Parker, Presley’s infamous manager, who narrates the trailer and is the driving force of the film that centres on their complex relationship over twenty years. Featuring a medley of Elvis’ greatest hits, the trailer takes us on a quickfire tour through the film’s plot as it promises to chronicle Presley’s rise to fame and stardom against the backdrop of an ever-changing America. The trailer also brings glimpses of the stellar support cast including Olivia DeJonge as Priscilla Presley, Helen Thomson as Elvis’ mother, and Richard Roxborough as his father, plus an exciting line-up who star as legendary musical artists from the era. In the words of Hanks’ Tom Parker, get ready for the greatest show on Earth. Elvis is coming to cinemas June 24. 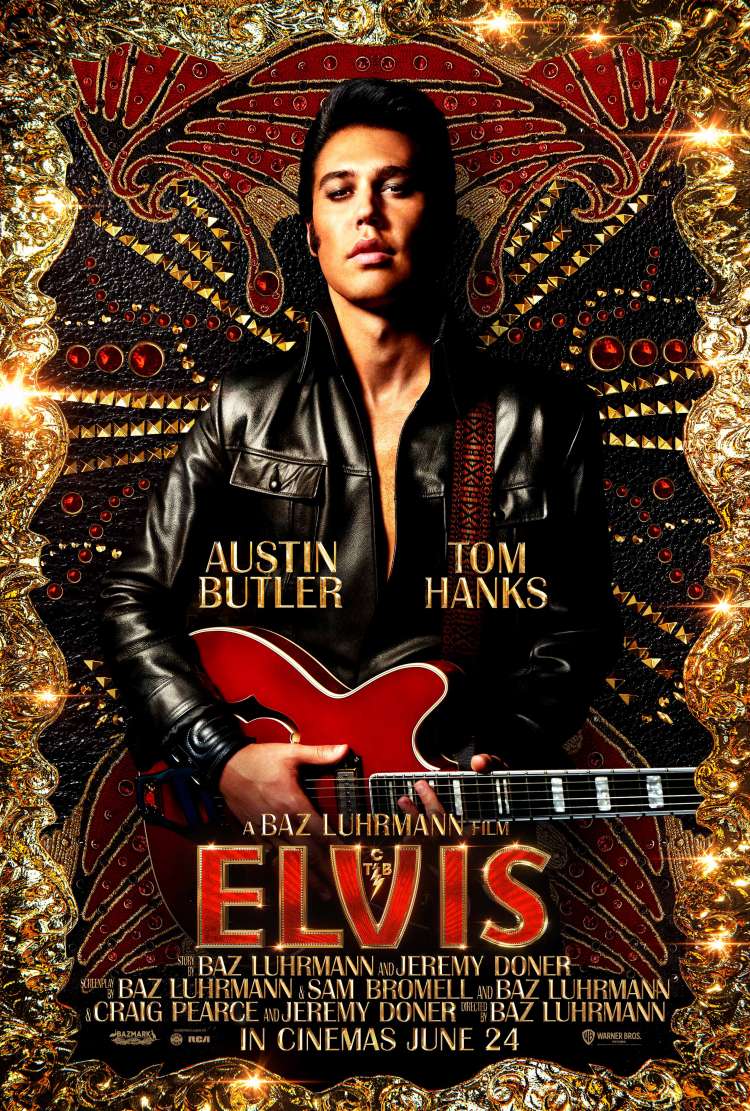 A Baz Luhrmann FilmCLICK TO FIND OUT MORE
12a
FEATURE