The first-look at Alexander Payne’s wildly imaginative new movie reveals a future where Norwegian scientists have solved the world’s overpopulation crisis by shrinking humans to five inches tall.  Matt Damon and Kristen Wiig star as ordinary couple Paul and Audrey Safranek who, driven by the promise of a better life, abandon their stressed lives and downsize...literally. There are sight gags aplenty in a hilarious and wholly original trailer that introduces a the pocket-sized paradise and its residents played by Jason Sudeikis, Christoph Waltz, and Hong Chau. 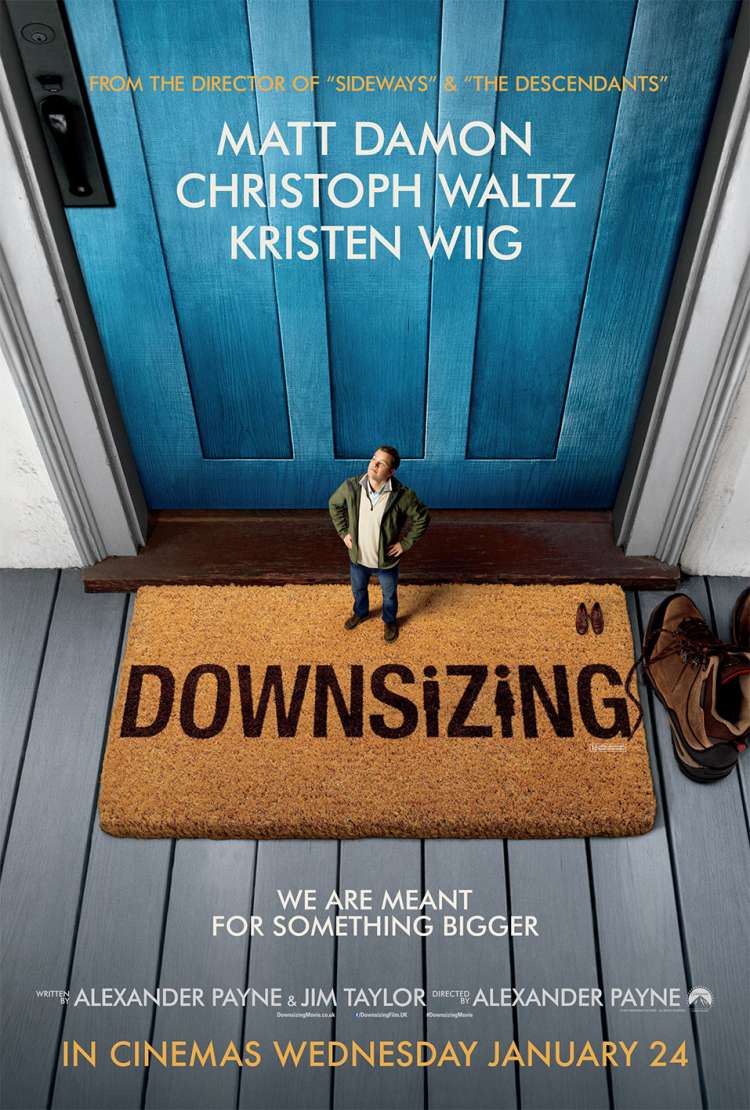 We are meant for something bigger.CLICK TO FIND OUT MORE
15
FEATURE

What lengths would you go to for a better life? Matt Damon gets small for a Black Mirror-like sci-fi comedy that's bursting with big ideas.