We’ll have to wait a little longer for Dwayne Johnson’s debut as the DC antihero who’s set to shake the DC universe to its core as its release shifts by several months to October 21. Fans of The Rock can still see their beloved superstar this summer as DC League Of Super-Pets, in which he stars alongside Kevin Hart and leads an all-star voice cast of DC heroes, fills the big Black Adam shaped hole in the summer schedule, moving from May 20 to July 29. Also on the move are Aquaman And The Lost Kingdom and The Flash. The Jason Momoa-led sequel flees the fight with the highly-anticipated Avatar 2 this December and will now release on March 27, 2023. Meanwhile, the solo outing for Ezra Miller’s speedster, that’s rumoured to feature Michael Keaton’s Batman, moves from November to June 23, 2023. Amid the setbacks, one DC project moves forward as Shazam! Fury Of The Gods will now release later this year. Zachary Levi returns as the wisecracking hero just in time for Christmas, on December 12. Away from DC, Warner Bros pushed Wonka, the origin story of the legendary chocolate factory owner starring Timothée Chalamet, from March 17, 2023 to a festive release on December 25, 2023. And finally, a date as been set for The Meg sequel with Jason Statham returning to face a megalodon in Meg 2: The Trench on August 4, 2023. 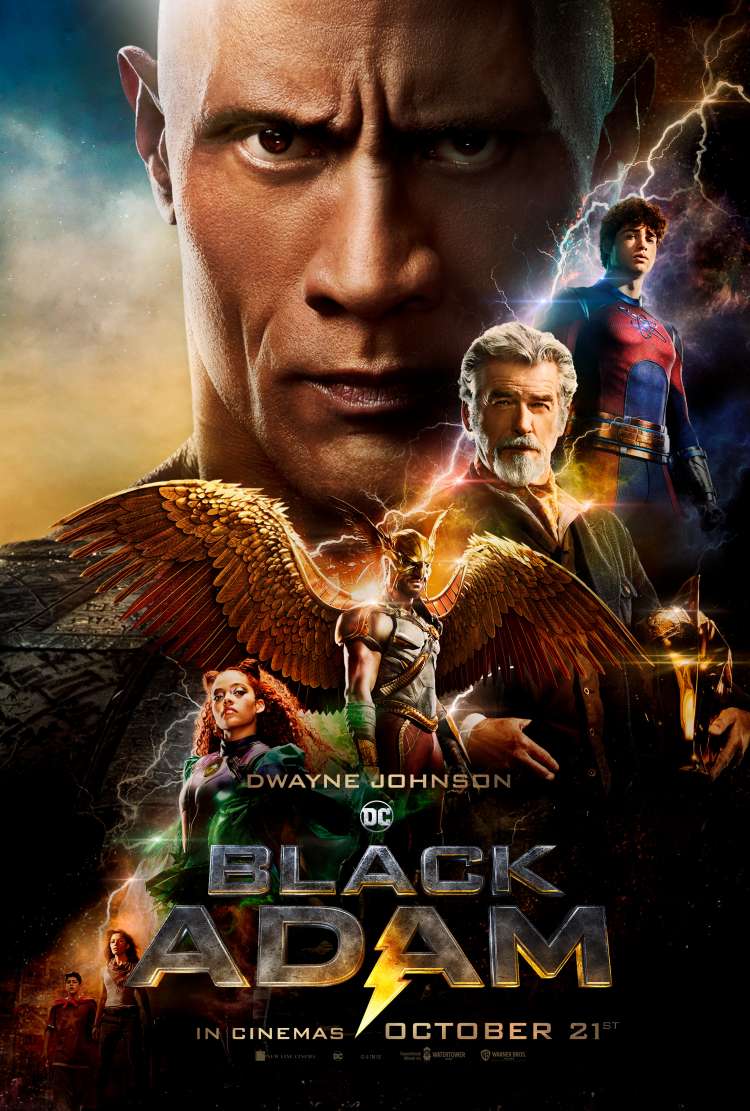 The world needed a hero. It got Black AdamCLICK TO FIND OUT MORE
12A
TRAILER

Dwayne Johnson is Black Adam! The DC antihero is finally unleashed in an intense trailer.

He’s not a hero anyone would ask for, but maybe he’s the one the world needs right now. Man-mountain The Rock finally makes his bow as the big, bad, Black Adam.