Backed by a new song from Miley Cyrus, Ariana Grande, and Lana Del Rey, the stylish and action-packed trailer for Charlie’s Angels introduces us to the new members of the sisterhood of secret agents: Sabina (Kristen Stewart), Jane (Ella Balinska), and new recruit Elana (Naomi Scott). Directed by Elizabeth Banks, the franchise reboot sees the security agency headed by the mysterious Charles Townsend has expanded internationally and includes many different agent teams led by different Bosleys. Banks steps out from behind the camera to join Patrick Stewart and Djimon Hounsou in co-starring as one of the new Bosleys as she gathers her angels for a dangerous mission to protect a young systems engineer who blew the whistle on world-threatening technology. 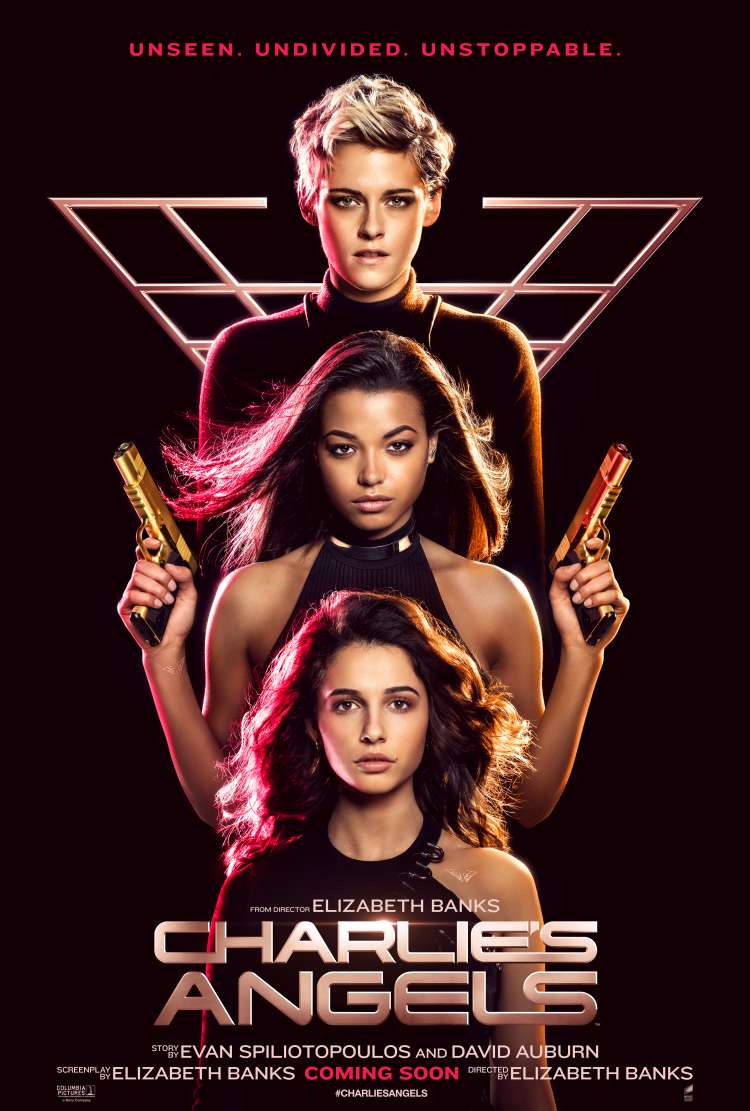 Unseen. Undivided. Unstoppable.CLICK TO FIND OUT MORE
12A
FEATURE

Charlieâ€™s Angels is a rare treasure: a reboot that feels relevant, rather than a re-tread. With Bond on the backburner and Bourne long forgotten, I spy a secret agent smash beginning with C.