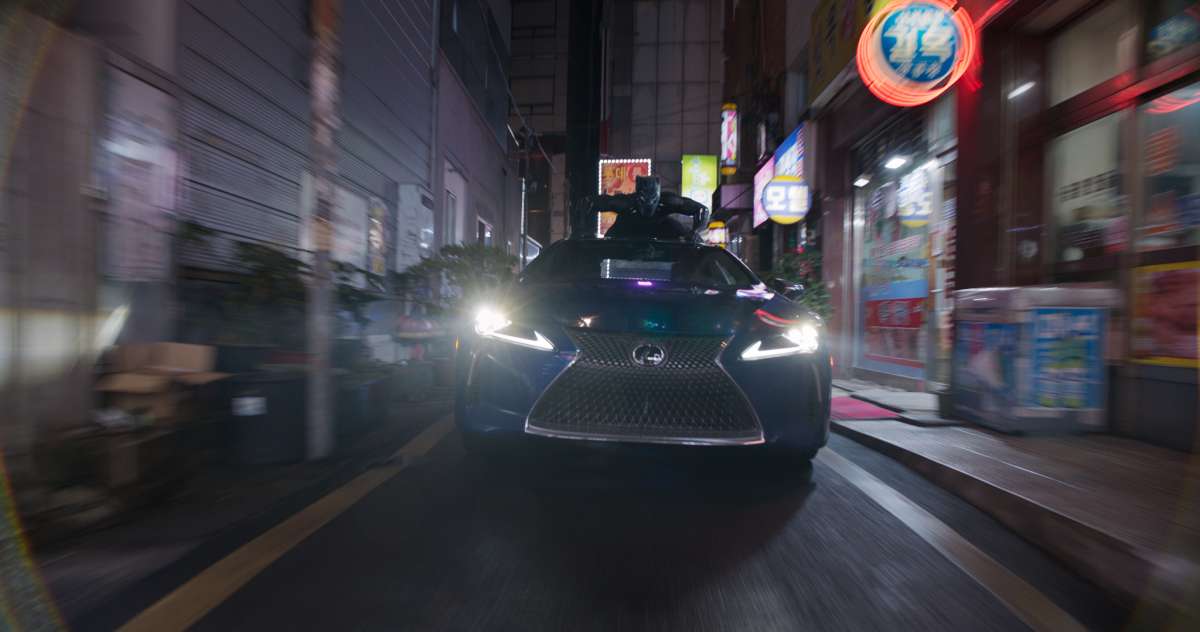 Serious issues of race, slavery, and oppression underpin much of the cinematic action, as Black Panther leaps acrobatically from stripped back, hand-to-hand fight sequences to a car chase that could have been lifted from James Bond.

As Marvel’s cinematic universe continues expanding, the comic book studio is often accused of playing it safe, and while it’s fair to say they rarely stray too far from their formula, Marvel’s impressive risk-taking is undoubtedly overlooked. After all, no-one predicted their lesser-known heroes Ant-Man, Doctor Strange, and Guardians Of The Galaxy would become some of superhero cinema’s most critical and commercial successes. As they near their cinematic event horizon Infinity War, Marvel has unleashed a new experimental hero who enters the fray, flipping genre expectations on their head thanks to a uniquely exotic setting and some surprisingly emotional performances.

Picking up just a few weeks after 2016’s Civil War, with the repercussions of the Avenger’s inner conflict still being felt, Chadwick Boseman’s T’Challa – the titular Black Panther and heir to Wakanda’s throne – is thrust onto a journey of self-discovery. We’ve already seen his abilities as a skilled fighter, now his solo superhero outing provides an all-new test as T’Challa faces an uncertain future as king, and Boseman conveys the weight of those new responsibilities in a performance that’s wildly different to that of the revenge-fuelled warrior we first met.

Boseman heads up an equally fantastic cast of Pan-African actors that include the likes of Daniel Kaluuya, Lupita Nyong’o, and Forest Whitaker who each make this fictional setting feel grounded. Special props must be given to Michael B. Jordan however, for getting such emotional heft out of a character ludicrously named “Killmonger.

Unhindered by the usual pitfalls of an origin story, Ryan Coogler allows the uncolonised African country of Wakanda to shine as a character of its own. Much of the fun is spent unearthing the many technological advancements it has in store. Flying ships, sonic mining, and metal-clad rhinos? Yes, please!

What’s perhaps most impressive about Black Panther, aside from the fresh voice it brings to the MCU (and Hollywood cinema in general), is a biting social commentary on real-life race matters while remaining an adventurous romp. A concerted effort to explore these issues head-on gives Black Panther an emotional weight not usually seen in movies that play to such a broad audience.

Serious issues of race, slavery, and oppression underpin much of the cinematic action, as Black Panther leaps acrobatically from stripped back, hand-to-hand fight sequences to a car chase that could have been lifted from James Bond. The result is an MCU entry that sets a new standard for all superheroes who follow, proving that it’s possible to balance thrilling set pieces with important and purposeful messages. You better believe that this cat’s got claws. 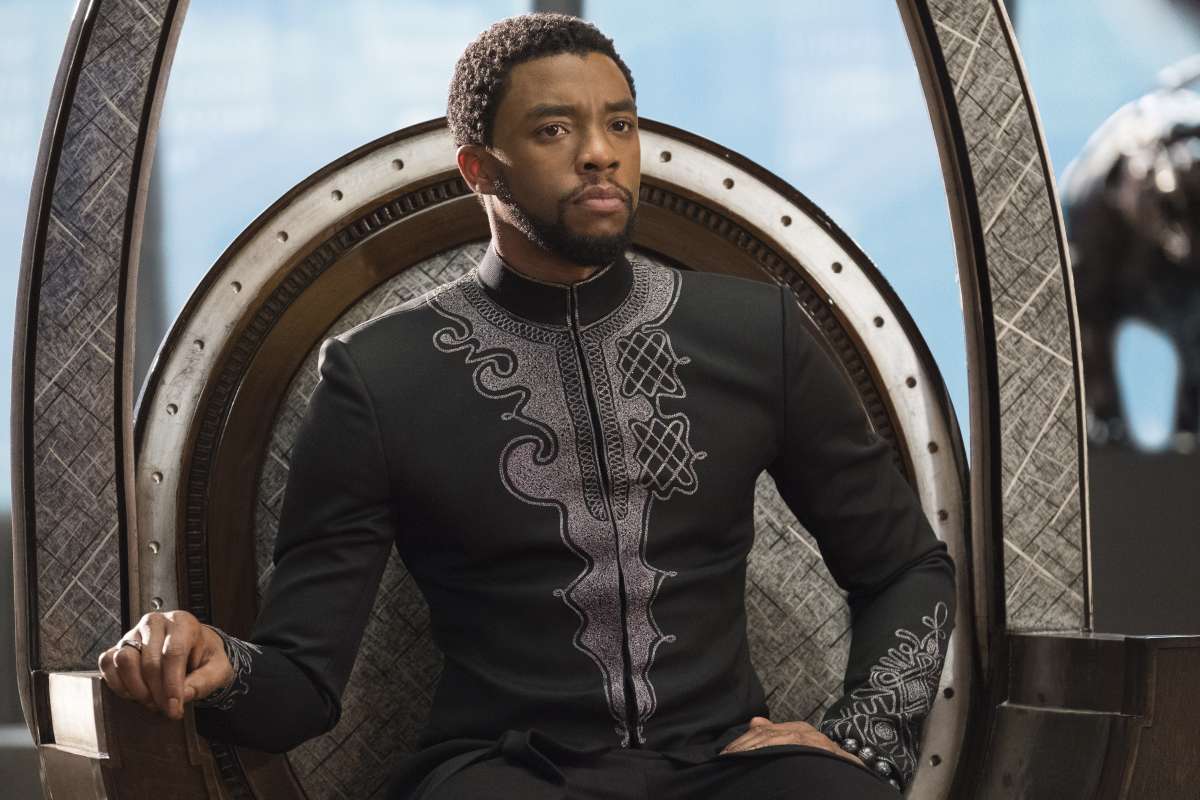 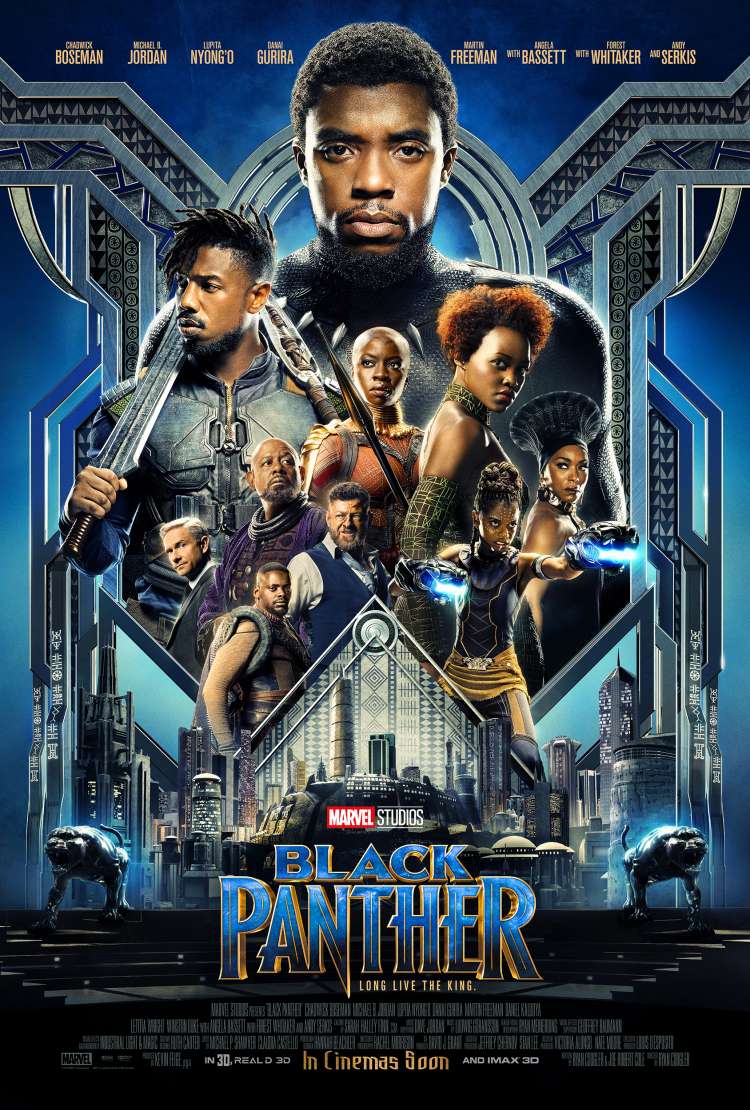 Long live the king.CLICK TO FIND OUT MORE
12A
FEATURE

With his King and father assassinated, T'Challa must return home to rule the secretive and futuristic nation of Wakanda - where old enemies lie in wait...

In case you missed it, the first official teaser and poster for Marvel’s Black Panther has leapt in