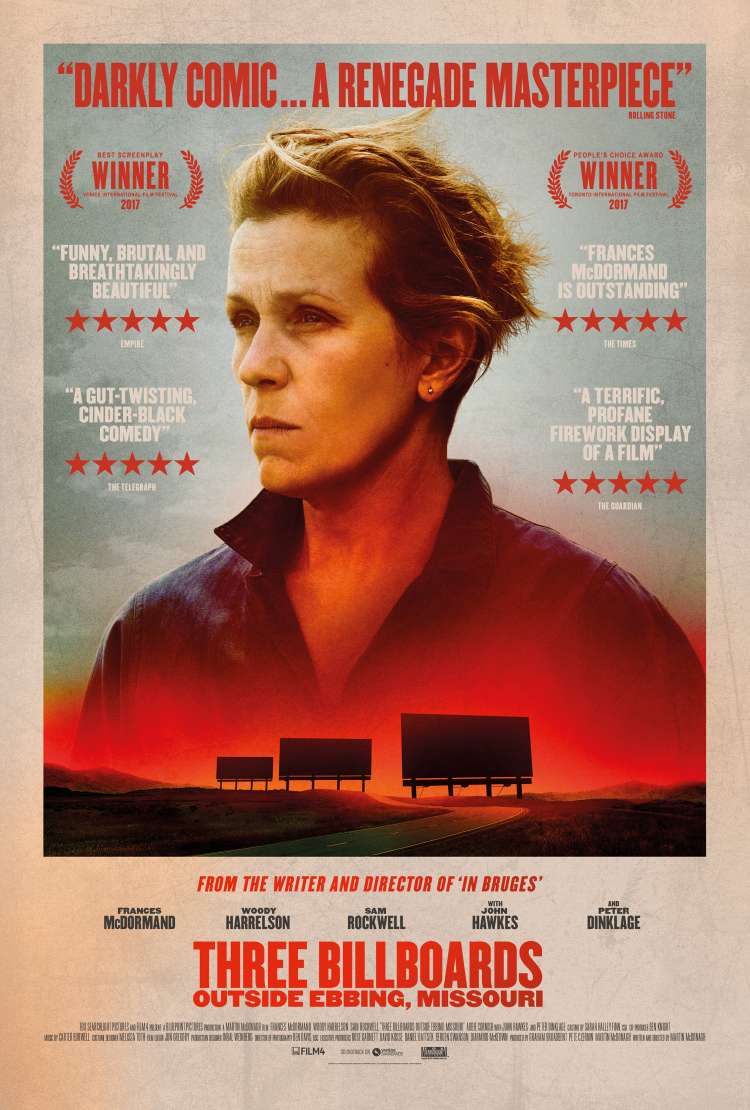 At an event where Hollywood stars aligned to turn the red carpet black to show solidarity in the face of the film industry’s sexual harassment shame, it’s fitting that Martin McDonagh’s darkly comic and incredibly timely tale of a defiant woman fighting for justice took most of the major honours. Three Billboards Outside Ebbing Missouri won five awards from nine nominations on the way to being named Best Film.

Guillermo del Toro won Director for his beguiling fantasy romance The Shape Of Water, which was also rewarded for its Original Music and Production Design.

While surprises were scarce, there was a lot of pleasure in how evenly spread the awards were with fifteen separate winners across all of the categories, including Pixar’s Coco (Animated Film), Dunkirk (Sound), Baby Driver (Editing), and Blade Runner 2049 (Special Visual Effect & Cinematography).

The EE Rising Star, the only award voted for by the British public, went to Get Out star Daniel Kaluuya who triumphed in one of the most competitive categories that included Florence Pugh, Josh O’Connor, Tessa Thompson, and Timothée Chalamet.

BAFTA’s most prestigious honour, The Fellowship, was presented to legendary director and producer Sir Ridley Scott.

She fought the law.CLICK TO FIND OUT MORE
15
NEWS

The London Film Festival is going out with a bang!