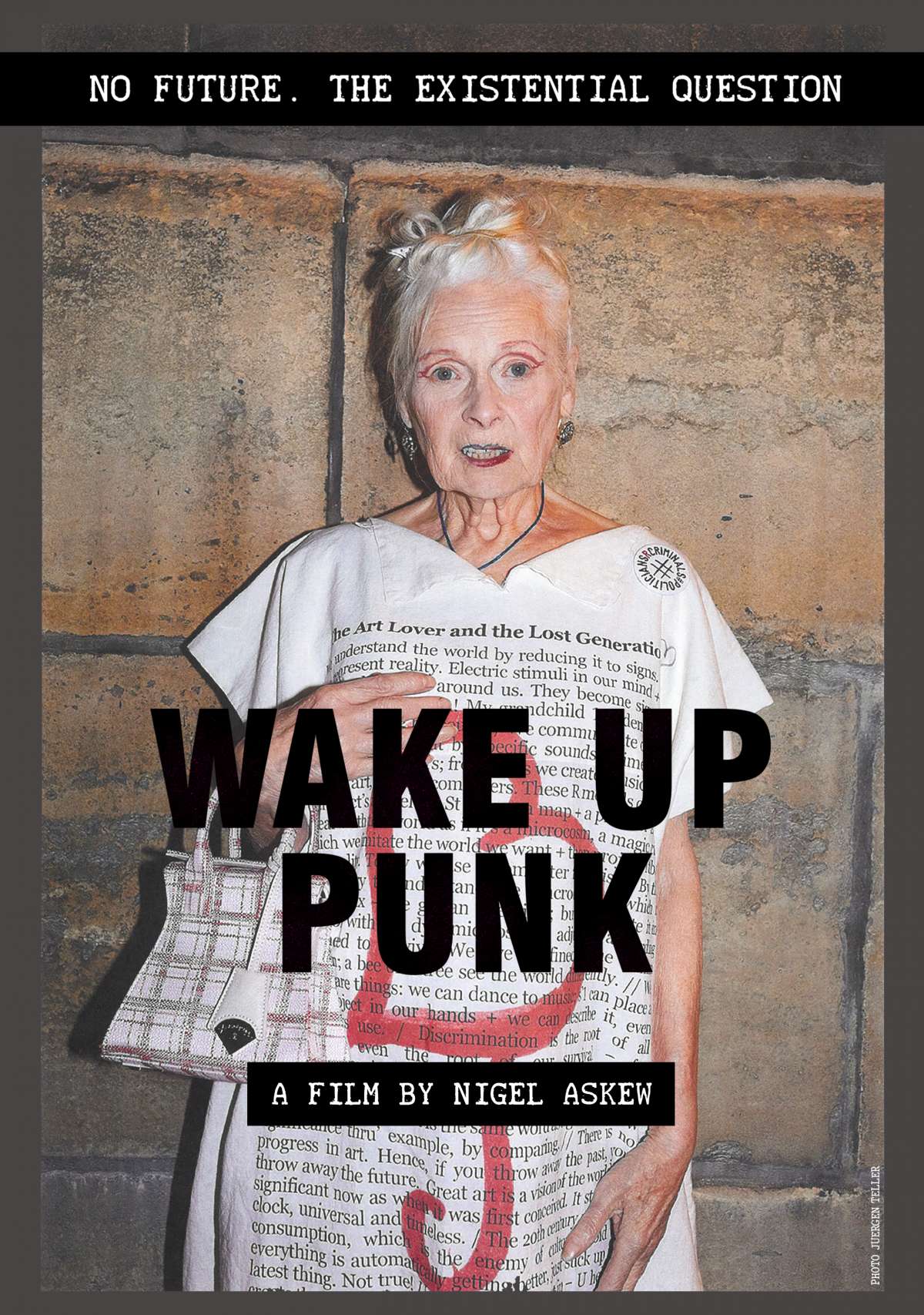 No future, the existential question

Wake Up Punk comes from the heart of the Punk movement and is a unique insight into the true origins of punk.

Joe Corre, son of punk visionaries Vivienne Westwood and Malcolm McLaren, burns an estimated 5M worth of punk memorabilia protesting the commodification of punk. Wake Up Punk takes this incendiary act of cultural terrorism and the questions it raised to explore the lifespan and true worth of punk - the 20th century's most volatile movement.

With a fusion of documentary and magical realism, the film captures intimate moments between Vivienne and her two sons Ben and Joe as they candidly discuss their own relationship with McLaren and stories from the punk era. Through the music, politics, and fashion that drove the movement to its eventual commercial demise, Vivienne gives a fascinating, in-depth, never heard before insight as she charts the decline of punk and the subsequent rise of climate activism among the younger generations.

Addressing voter apathy, imminent climate catastrophe and the rapidly evolving social context, Wake Up Punk calls for a resurrection of the energy of the "no future" generation.