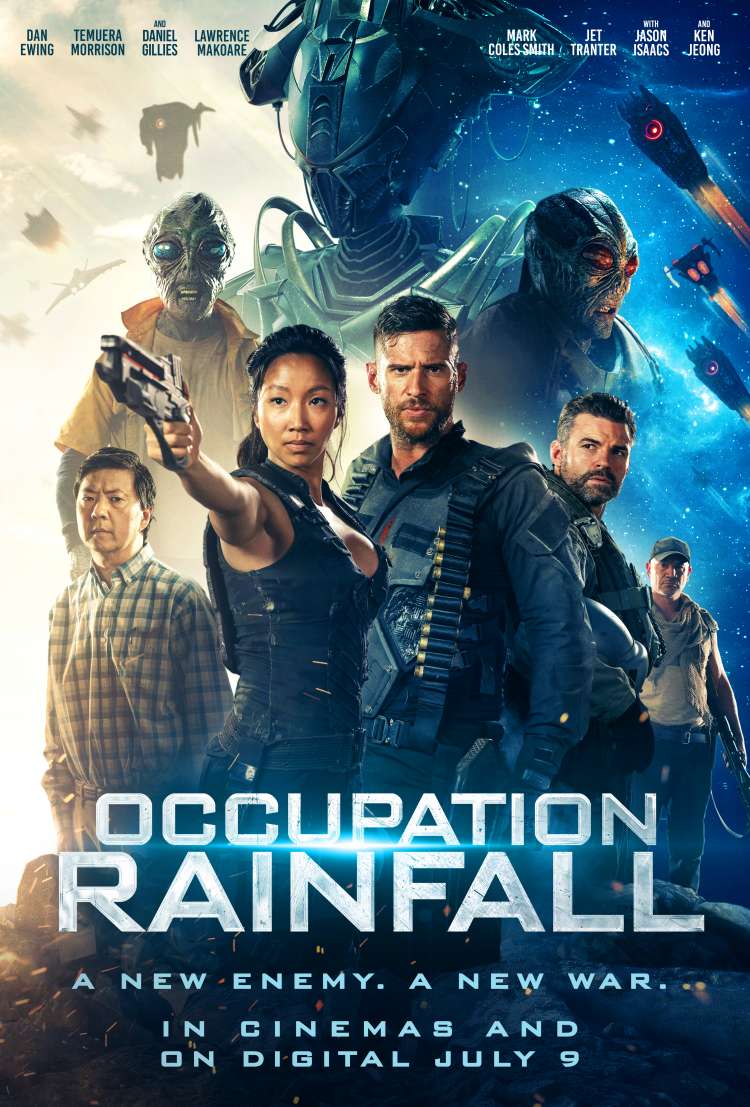 A New Enemy. A New War

After a devastating intergalactic invasion of Earth, desperate human survivors and renegade aliens are struggling to fight back against the intergalactic threat in a desperate ground war. With the alien invaders hell-bent on making Earth their new home, the fragile resistance uncovers a terrifying plot that could see the war come to a decisive end, finishing off mankind for good.

Fully-realised with stunning visual effects Occupation Rainfall thrills from the get-go, exploding out of the gate with hard-hitting action, blistering aerial dogfights, an array of alien creatures, and a hilarious double act between Ken Jeong and Jason Isaacs playing a movie-obsessed alien.