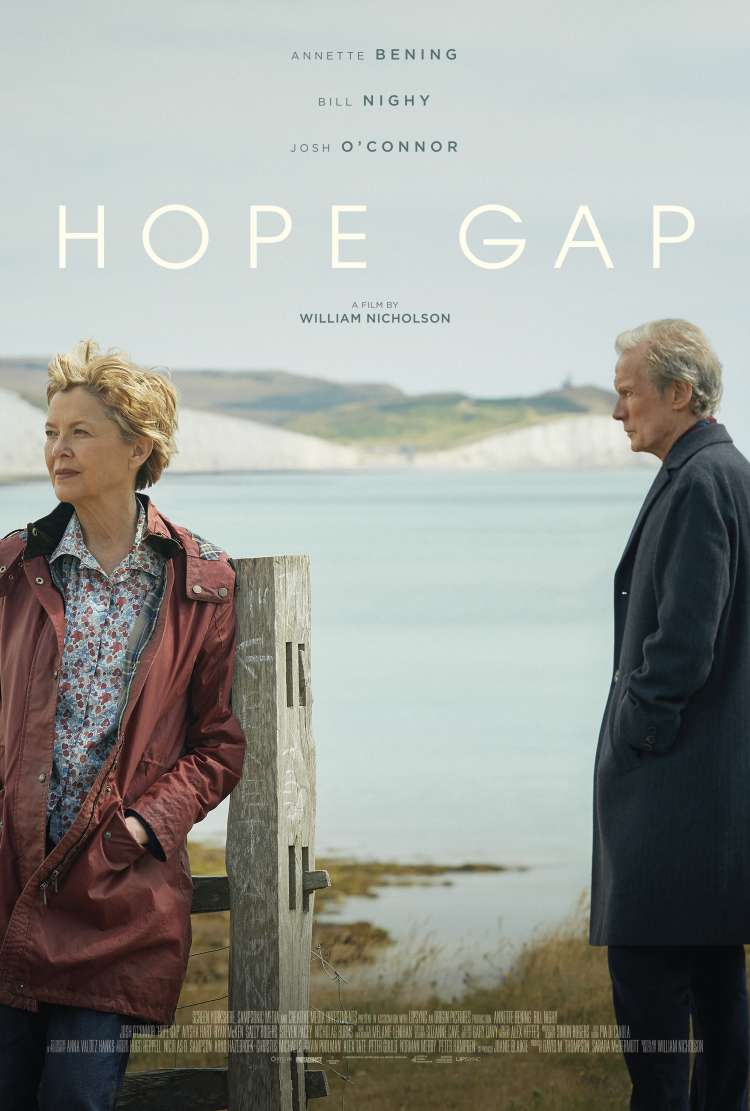 A Film By William Nicholson

The intimate, intense, and loving story of Hope Gap charts the life of Grace (Annette Bening), shocked to learn her husband (Bill Nighy) is leaving her for another after twenty-nine years of marriage, and the ensuing emotional fallout the dissolution has on their only grown son (Josh O'Connor). Unraveled and feeling displaced in her small seaside town, Grace ultimately regains her footing and discovers a new, powerful voice.