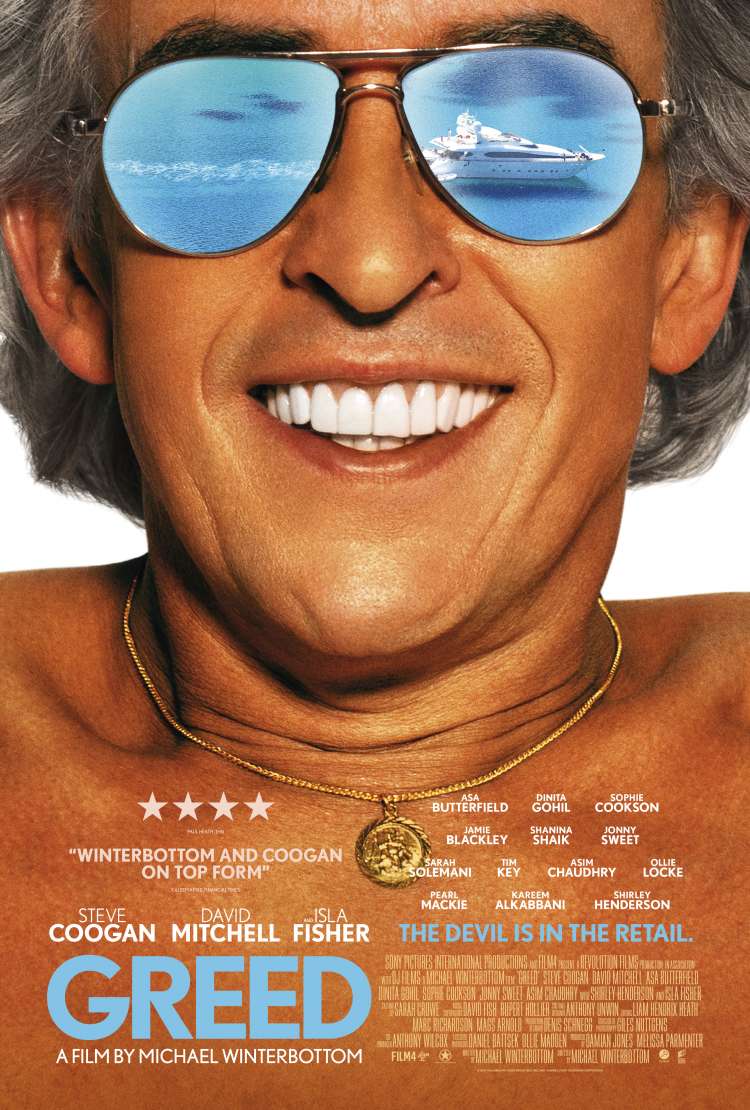 The Devil Is In The Retail

For thirty years, self-made British billionaire Sir Richard McCreadie has ruled the world of retail fashion - bringing the high street to the catwalk and the catwalk to the high street - but after a damaging public inquiry, his image is tarnished. To save his reputation, he throws a highly-publicised and extravagant party celebrating his sixtieth birthday on the Greek island of Mykonos. A satire on the grotesque inequality of wealth in the fashion industry, the film sees McCreadie's rise and fall through the eyes of his biographer.