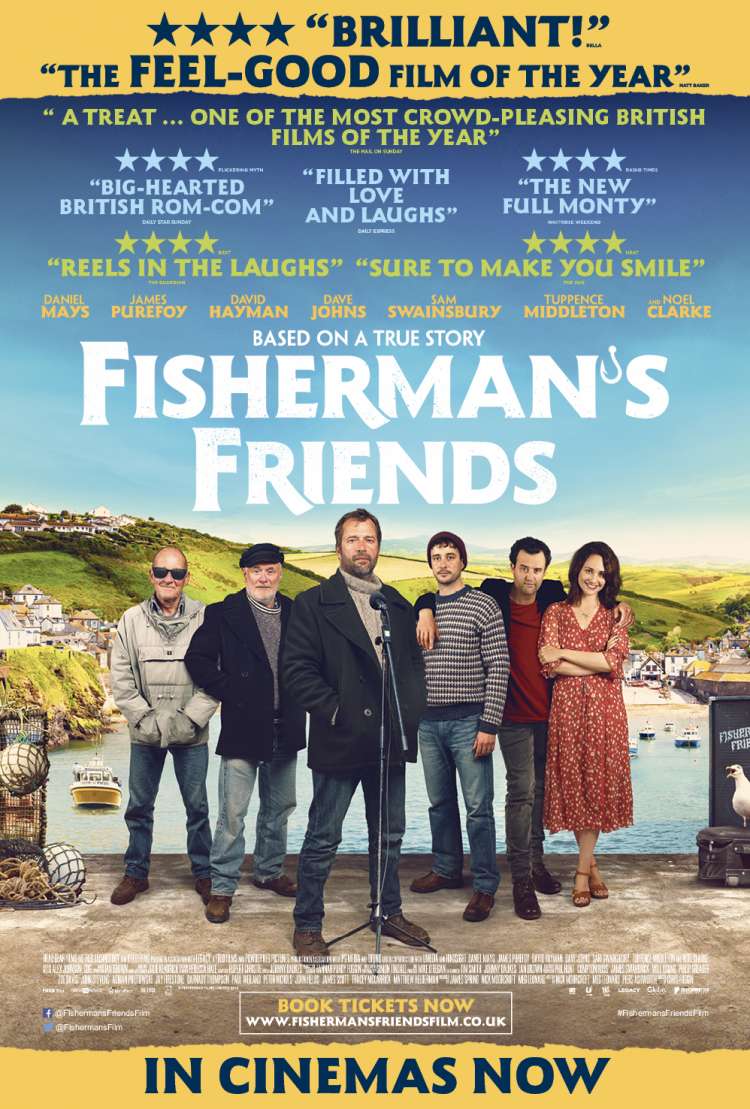 Some Bands Can't Be Managed

A fast-living, cynical London music executive heads to a remote Cornish village on a stag weekend where he's pranked by his boss into trying to sign a group of shanty singing fishermen. He becomes the ultimate fish out of water as he struggles to gain the respect or enthusiasm of the unlikely boy band and their families who value friendship and community over fame and fortune. As he's drawn deeper into the traditional way of life, he's forced to re-evaluate his own integrity and ultimately question what success really means.

Starring Daniel Mays, James Purefoy, Tuppence Middleton, David Hayman, Dave Johns, and Noel Clarke, Fisherman's Friends is a feel-good comedy-drama shot on location in Cornwall and inspired by the real-life story of a group of fishermen who went from singing sea shanties in Port Isaac to securing a deal with Island Records and performing at Glastonbury.

A group of shanty-singing fishermen net themselves a record deal in a feel-good British comedy-drama inspired by the true story of Port Isaac’s Fisherman’s Friends.