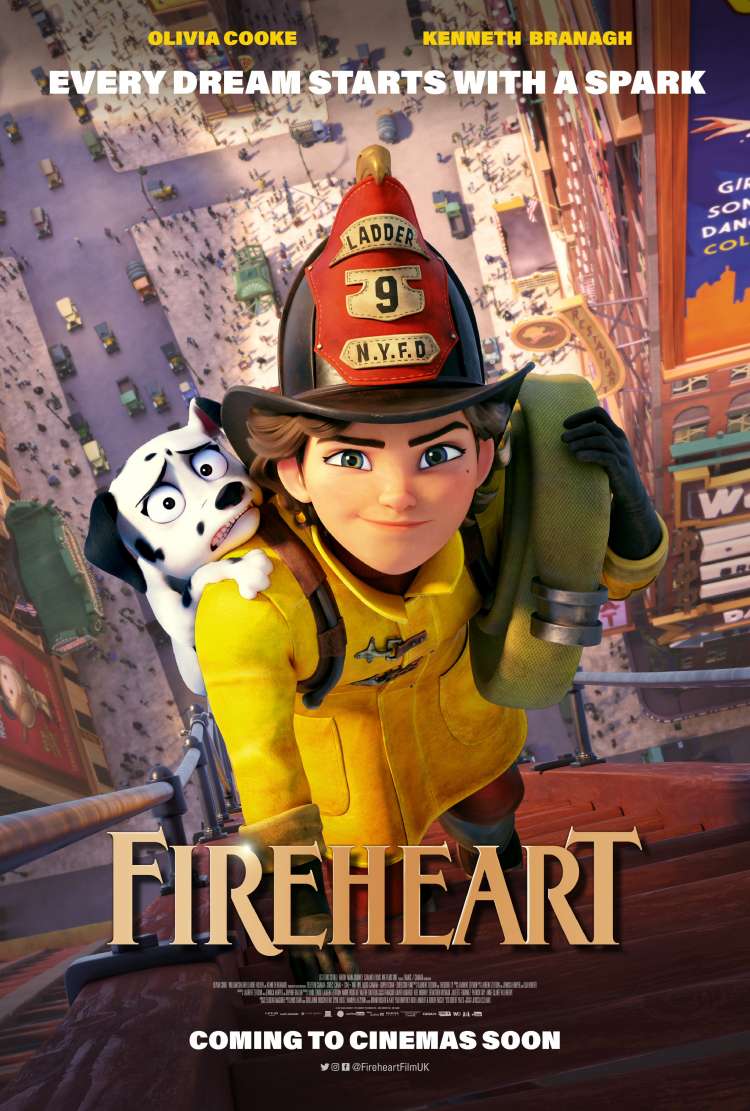 Every dream starts with a spark

Ever since she was a child, Georgia Nolan has had only one dream: to become a fireman, just like her father. Unfortunately, in 1930s New York women are not allowed to be firemen. But, when the city's firemen begin to disappear in a series of mysterious fires, Georgia sees a golden opportunity. Disguising herself as Joe, an awkward young man, she joins the team of firemen charged with stopping the arsonist. Georgia must keep her false identity at all costs, especially since her father will be leading the high-risk investigation. Starring Olivia Cooke and Kenneth Branagh, Fireheart is a heartfelt comedy about teamwork, family, and having the courage to pursue your dreams.

Father and daughter fight fires together in the first look at the heartwarming animated comedy starring Olivia Cooke and Kenneth Branagh.