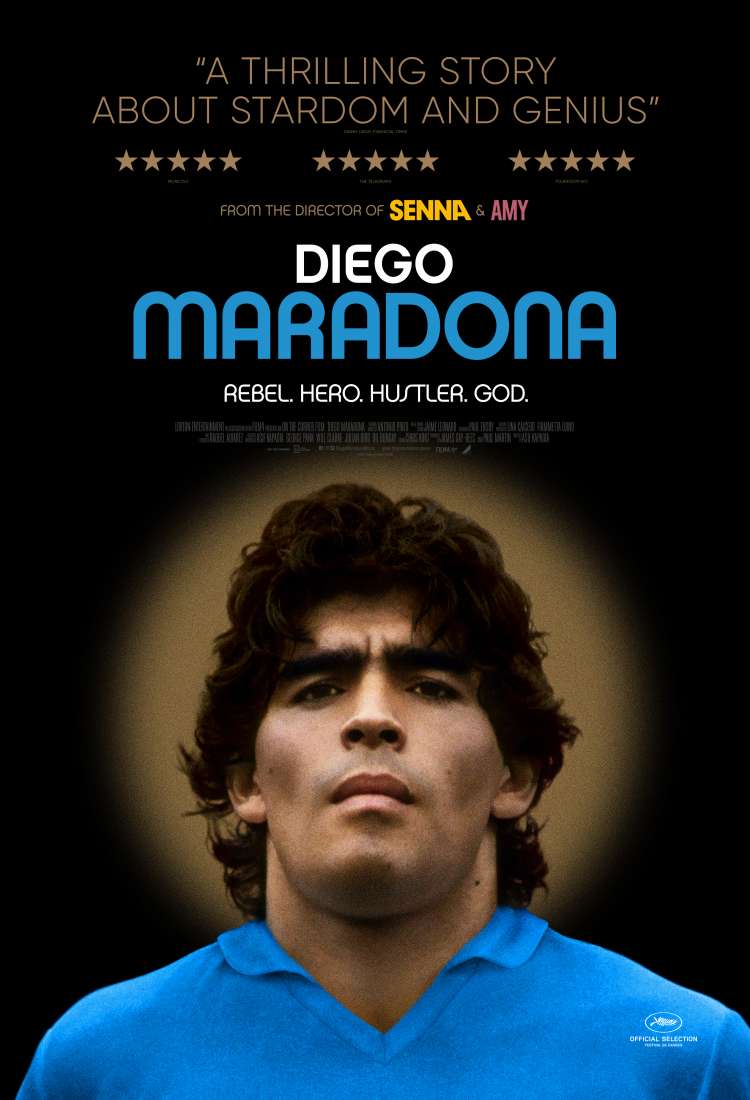 With their third documentary, the BAFTA and AcademyAward-winning team behind Senna and Amy turn their focus on the worlds most celebrated football genius and his turbulent time spent in Naples, at the time the most dysfunctional city in Europe. Constructed from over five-hundred hours of never-before-seen footage from Maradona's personal archive, this high-end feature documentary tells the wild and unforgettable story of God-given talent, glory, despair, betrayal, corruption, and redemption.