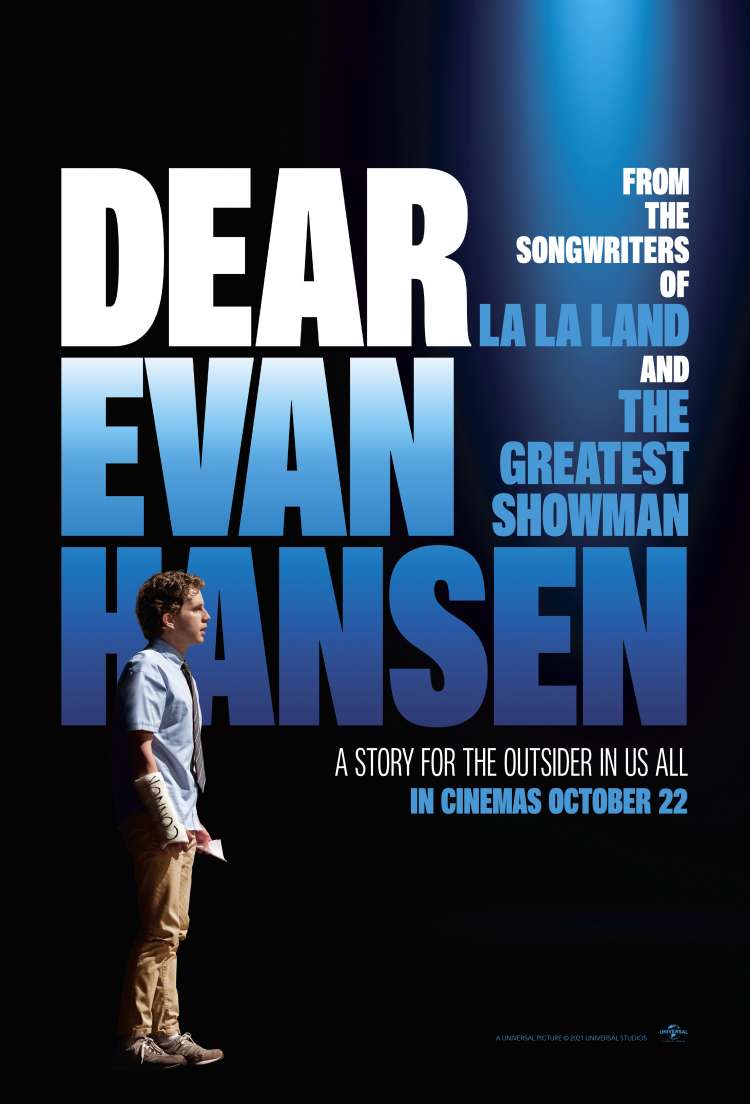 A story for the outsider in us all

The acclaimed director of The Perks Of Being A Wallflower and Wonder, Stephen Chbosky, teams up with the stage show's Tony-winning writer, Steven Levenson, to bring the breathtaking, generation-defining Broadway phenomenon to the big screen. Tony, Grammy, and Emmy Award-winner Ben Platt reprises his role as an anxious high schooler aching for understanding and belonging amid the chaos and cruelty of the social media age.

The soaring cinematic event features a star-studded cast and the shows Grammy-winning songs - including the iconic anthem You Will Be Found, Waving Through A Window, For Forever, and Words Fail - with music and lyrics from Benj Pasek & Justin Paul, the Oscar, Grammy, and Tony-winning songwriting team of La La Land and The Greatest Showman.

The songwriters of La La Land and The Greatest Showman steal the spotlight in the trailer for the adaptation of the high school musical.