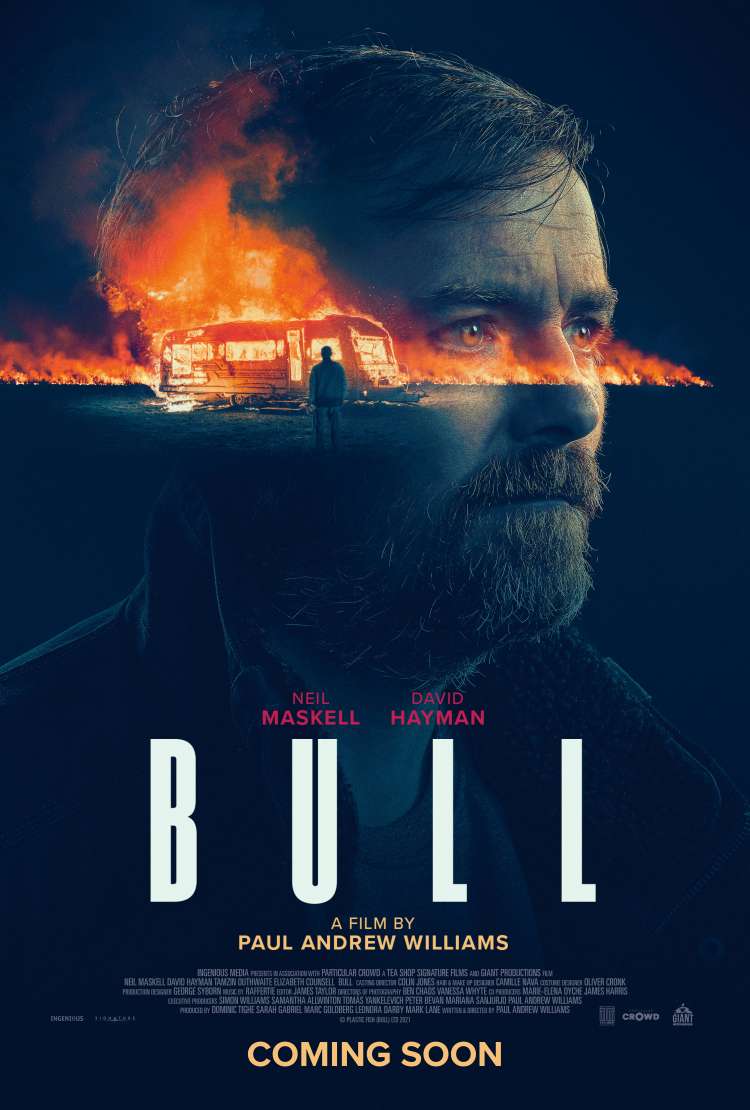 A film by paul andrew williams

Bull is a brutal, subversive, and wickedly suspenseful revenge thriller written and directed by BAFTA-winner Paul Andrew Williams, and featuring outstanding performances from an electric Neil Maskell, a terrifying David Hayman, and Tazmin Outhwaite. After a ten-year absence, former gang enforcer Bull returns to his old haunts to find his missing son and seek revenge on those who double crossed him and left him for dead. Painful secrets from the past will soon be revealed and like a man possessed, Bull will stop at nothing to get back at those who must atone for their sins.