Tom Holland is Nathan Drake in the first trailer for the action-packed video game adaptation.

He may have made his name in webslinging adventures with the Avengers, but now the Spider-Man star is truly announcing himself as an action hero in the thrilling trailer for the forthcoming adaption of Uncharted. Setting up the film as an origin story of sorts, the trailer introduces Tom Holland as a young Nathan Drake and reveals his first meeting with the man who would become his mentor and partner. Mark Wahlberg is at his wise-cracking best as Victor “Sully” Sullivan as they’re launched on a globe-trotting treasure hunt in search of an incredible lost fortune, while also following clues to the whereabouts of Nathan’s long-lost brother. The trailer also brings a look at Antonio Banderas' villain who’s still unnamed, but clearly a rival collector with plenty of resources to be one step ahead, whatever it takes to get to the treasure first. So much of what made the video games one of the most best-selling, and critically acclaimed of all time comes alive in a non-stop trailer that’s highlights include a razor-sharp sense of humour, terrific chemistry between Holland’s Drake and Wahlberg’s Sully, and even a recreation of one of the game’s most unforgettable moments where Drake finds himself free-falling from a cargo plane and somehow scrambling to safety. Get ready when Uncharted comes to cinemas on February 11. 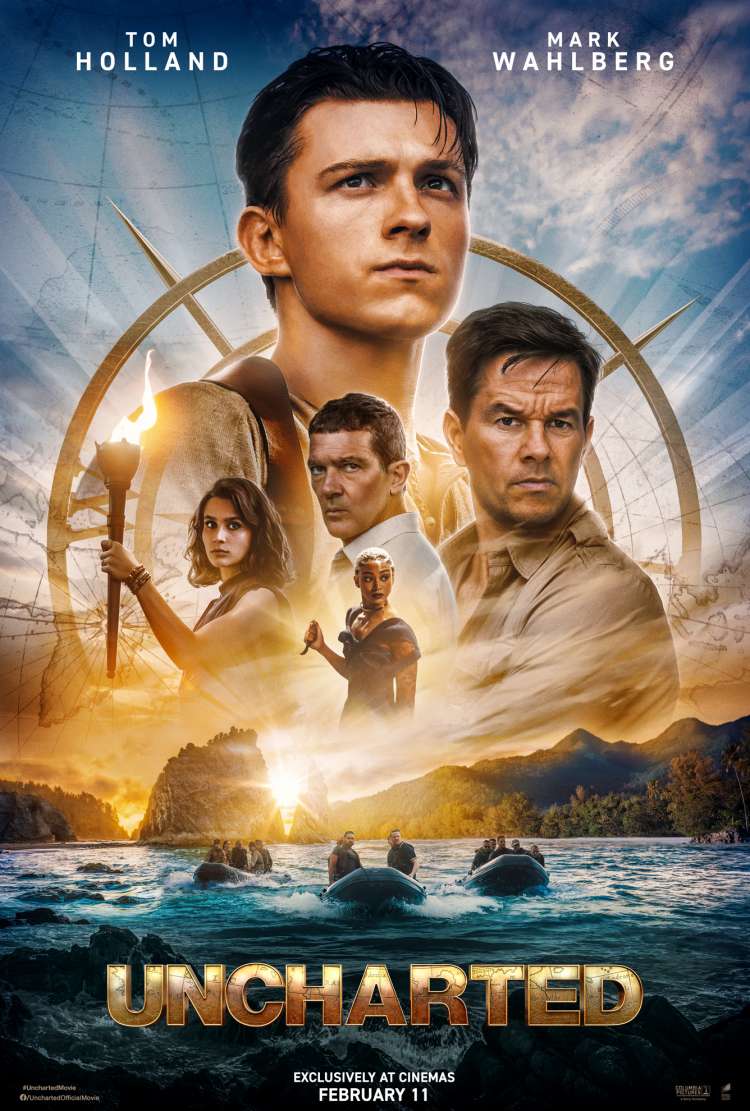 Adventure awaitsCLICK TO FIND OUT MORE
12A
TRAILER

A swashbuckling final trailer for Uncharted flies in to get you in the mood for adventure.

After multiple director swaps and several years in development, PlayStation Productions charts a course for Hollywood success with a big-screen adaptation of its popular Uncharted video game series.