The SpongeBob Movie: Sponge On The Run First Look 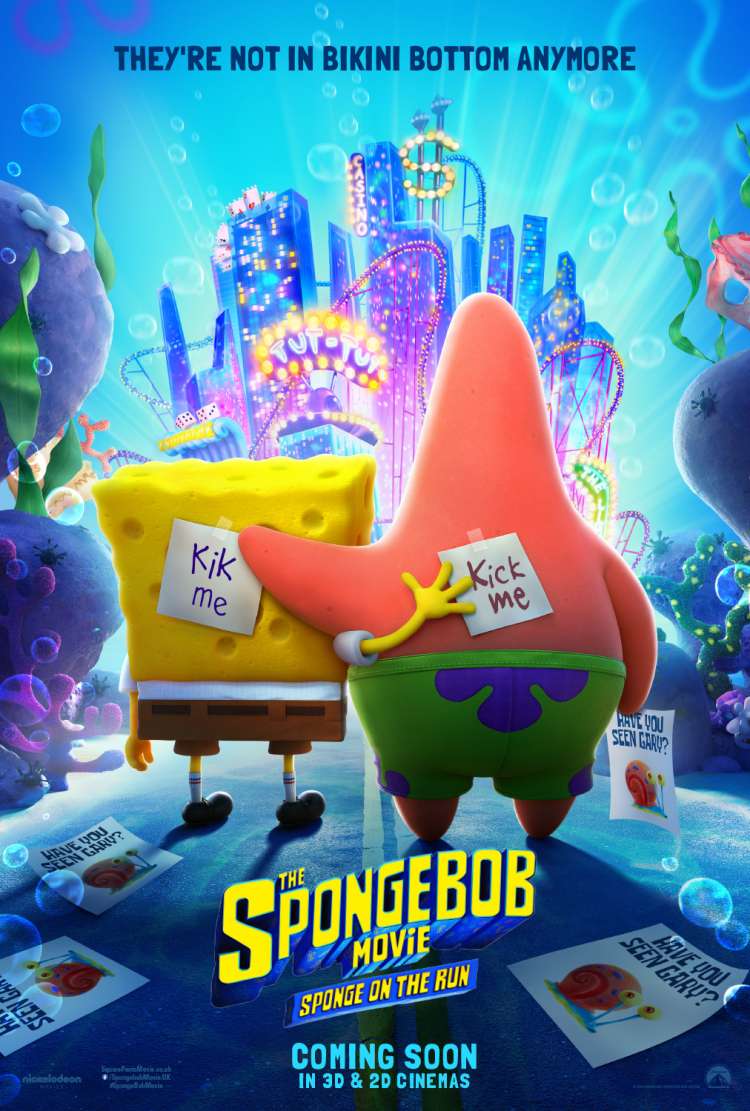 Though this isn’t the first time SpongeBob has taken to the big screen, having previously starred in the animated feature The SpongeBob SquarePants Movie in 2004 and its sequel The SpongeBob Movie: Sponge Out Of Water, this is the first time SpongeBob will be on the big screen in full CGI. As well as bringing Bikini Bottom to life with stunning new visuals, the trailer takes us back in time to reveal how SpongeBob met his beloved pet snail Gary, shows off some typical shenanigans courtesy of his silly best friend Patrick Star, and a jaw-dropping cameo from Keanu Reeves who appears as the would-be voice of god. But it’s not all happiness and hilarity, Gary has been snail-napped, and now SpongeBob and Patrick must embark on an epic rescue mission to The Lost City of Atlantic City to bring him home.