The Killing Of A Sacred Deer Poster And Trailer

Official UK poster and trailer crank up the creepiness 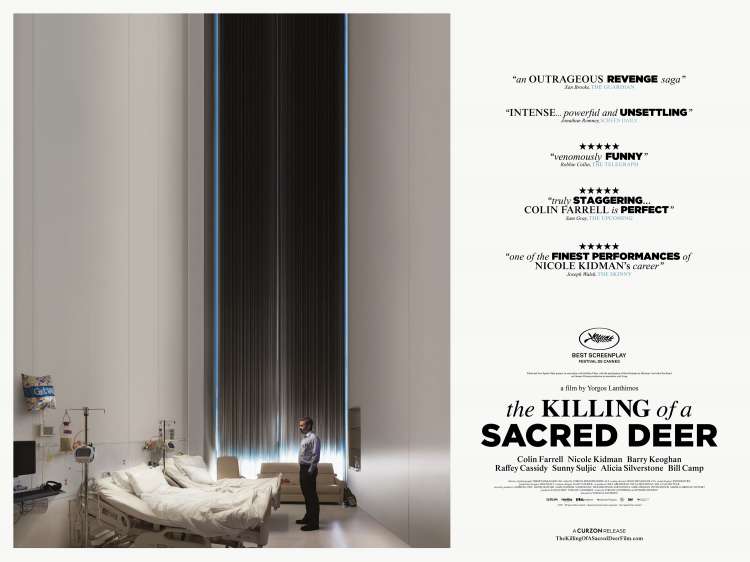 The mysterious and eerie trailer doesn’t give too much away and does a fantastic job of teasing the film’s hypnotic and unsettling tone. As well as continuing the animal theme title trend, the latest thriller from Dogtooth and The Lobster director Yorgos Lanthimos sees the Greek director reunite with Coin Farrell who stars as a successful surgeon whose perfect life is shattered when he forges a connection with a strange young boy, played by Dunkirk’s near unrecognisable Barry Keoghan, who slowly turns his family’s dreamy existence into the stuff of nightmares.

The Killing Of A Sacred Deer

A film by Yorgos LanthimosCLICK TO FIND OUT MORE
15