From a shy piano prodigy to an international superstar and one of the most iconic figures in pop culture, Elton John’s inspirational story is very much a true fantasy and one that’s made for movies. Kingsman star Taron Egerton transforms himself to star and sing in an epic musical fantasy about Elton John’s breakthrough years. Set to some of Elton’s most beloved classics, the full trailer gives a sneak peek of Elton’s incredible journey small-town boy to smash-hit megastar and the relationships he formed and struggles he encountered along the way. Directed by Dexter Fletcher, who last year replaced Bryan Singer to finish the foot-stomping celebration of Queen Bohemian Rhapsody, Rocketman also stars Jamie Bell as Elton’s longtime lyricist and writing partner Bernie Taupin, Richard Madden as his first manager John Read, and Bryce Dallas Howard as his mother Sheila Farebrother. 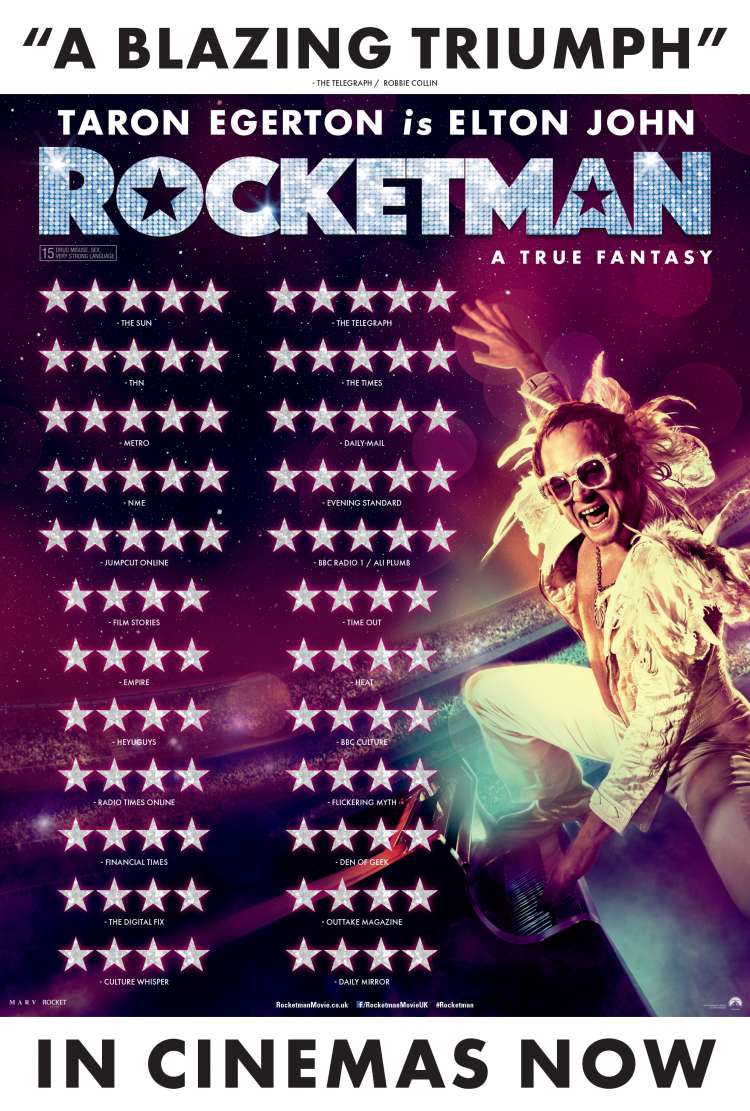 Based On A True FantasyCLICK TO FIND OUT MORE
15
FEATURE

Witness the meteoric rise of one of music’s most captivating figures as the fantasy of stardom becomes reality. Prepare for fallouts, stadium sellouts, twinkling keys, and the fall back down to Earth.