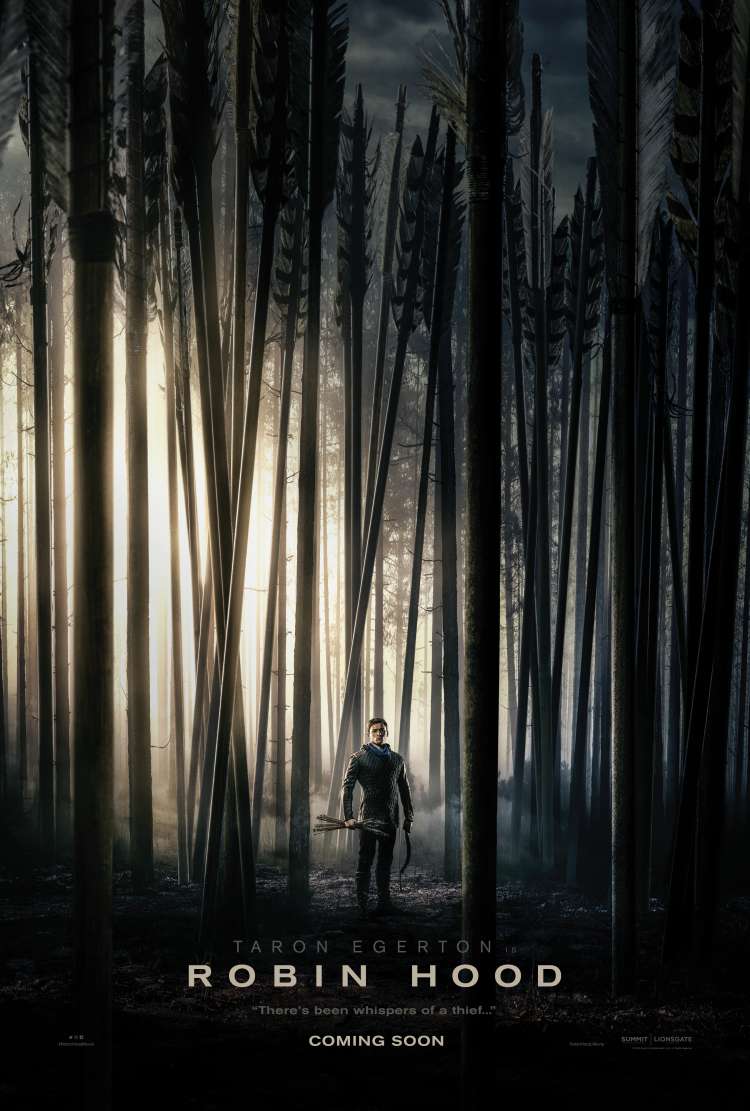 You can just about see the Hood for the trees in the teaser poster for Robin Hood. Standing before a forest of arrows, Taron Egerton is unveiled as the masked hero in a bombastic first trailer that promises to tell us the story we don’t know. Featuring a contemporary twist on the age-old legend, the origin story explores how Robin of Loxley went from hardened soldier to heroic outlaw after returning home from Crusades.

Kingsman’s Taron Egerton is joined by Jamie Foxx who co-stars as Robin’s Moorish commander John and leads an exciting support cast that also includes Ben Mendelsohn, Eve Hewson, Tim Minchin, and Jamie Dornan. Lionsgate has also released a couple of character posters for Robin and John which can be viewed along with a selection of new stills in the media gallery on the film’s official page: Robin Hood 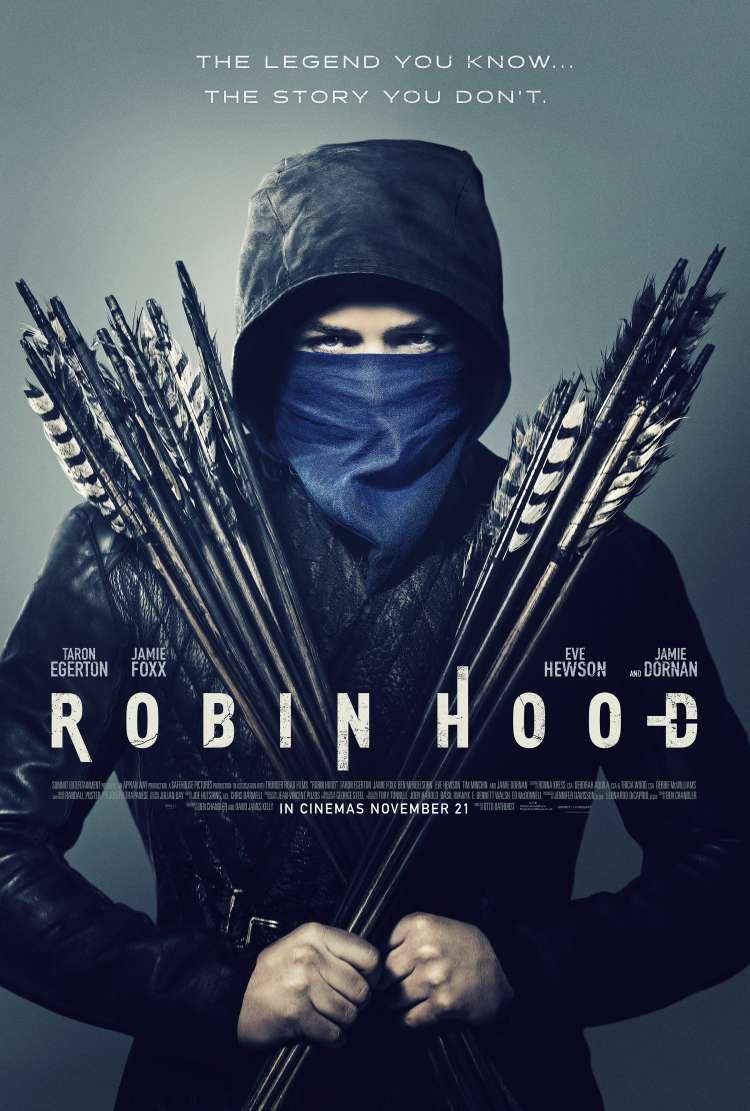 The Legend You Know...The Story You Don'tCLICK TO FIND OUT MORE
12A