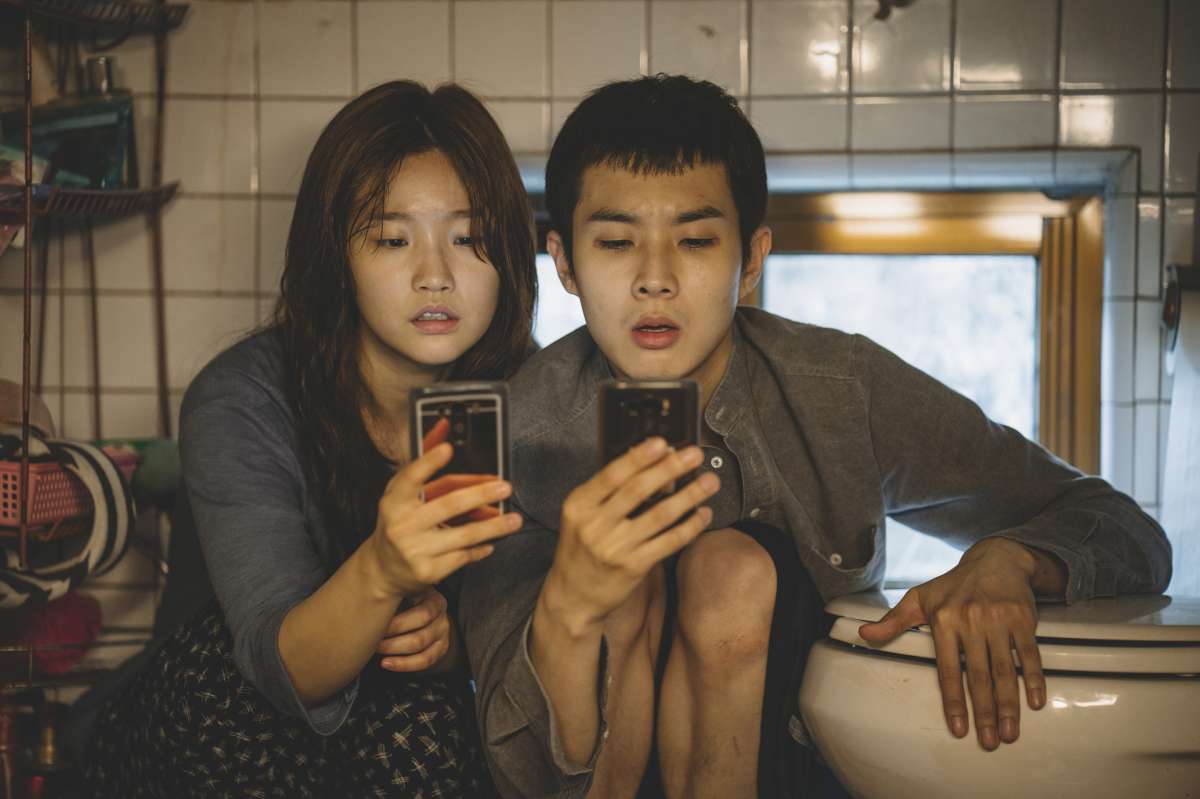 Bong Joon Ho launches you on a relentless rollercoaster ride of wit and suspense while regaling you with a timely story about the friction between the rich and poor.

While director Bong Joon Ho has made a habit of tackling real-world themes through the lens of fantasy in his previous works, it’s fitting that the film which hits closest to home doesn’t require the inclusion of superpig creatures or a post-apocalyptic speeding train to be thought of as prophetic, and is instead much more domestic in nature. Drenched in tension and bolstered by some incredibly nuanced ensemble performances, Parasite may have been made in South Korea, but it contains vital lessons and perspectives that people of all languages should value.

Primarily the tale of a deprived family leeching off the good fortunes of a more affluent household, this is absolutely a case where knowing as little as possible going in will be to anyone’s benefit. Still, it isn’t a spoiler to say that Parasite is unafraid to shift between genres frequently – almost from scene to scene – offering up some smart social commentary regarding modern class divide and inequality without it coming over as preachy by making you laugh, wince and sometimes even cry.

The beauty of Parasite’s plot is that it always keeps you guessing. Just when you think you may have an idea of a specific person’s intentions, or how the stakes have been set up you’re often proven wrong, until eventually the lives of these characters inform and affect one another so presciently that you can’t imagine them ending up anywhere else. Themes and moments that first appear trivial at the beginning are cleverly followed up on by the time credits roll, and you’ve run almost the entire gamut of emotions getting there.

This being a South Korean film with a 15 certificate, you can almost guarantee a display of excessive violence will be just around the corner. Where many Eastern films have built up a reputation for using it for the sake of flourish or shock, Parasite has its cake and eats it by achieving both these effects while also having it bleed into the themes being discussed – quite literally.

The worthy Oscar-winner easily earns its place as the UK’s first must-see movie of 2020. Bong Joon Ho launches you on a relentless rollercoaster ride of wit and suspense while regaling you with a timely story about the friction between the rich and poor. Nothing is ever as quite as it seems in this satirical arthouse thriller, as your sympathies continuously bounce from one side of the poverty line to the other. 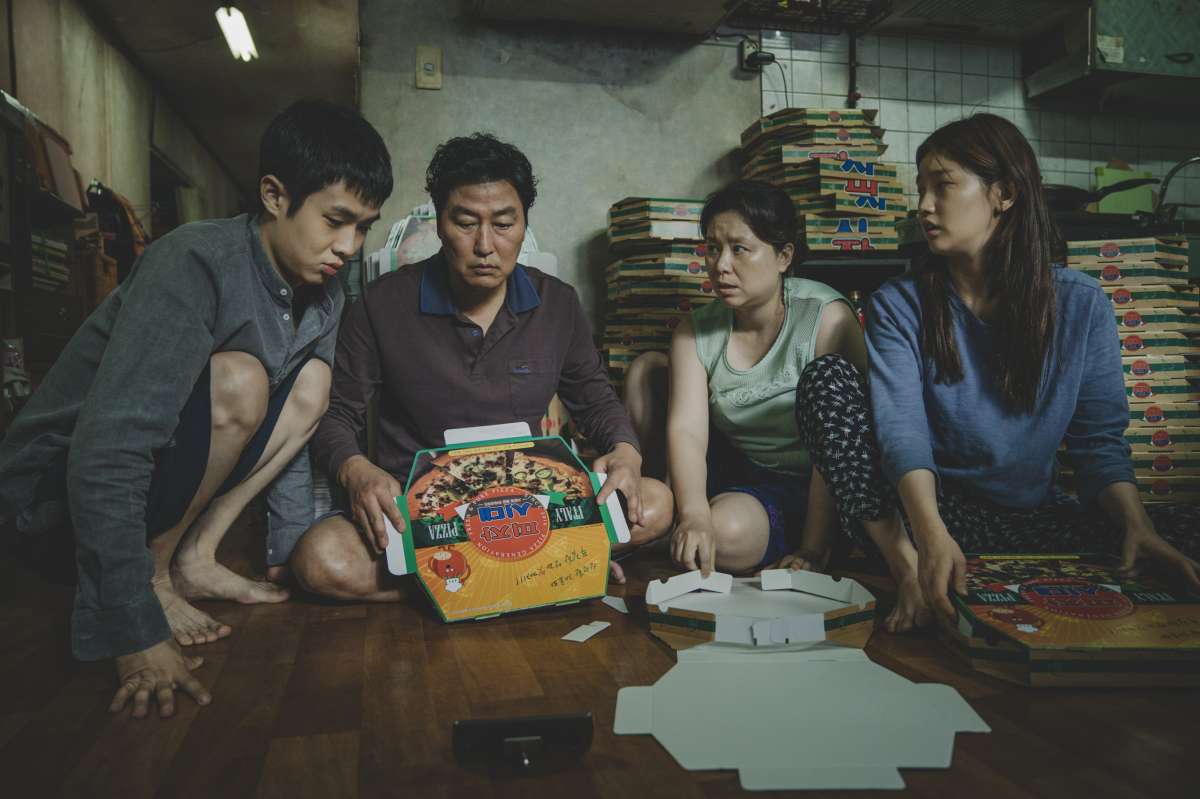 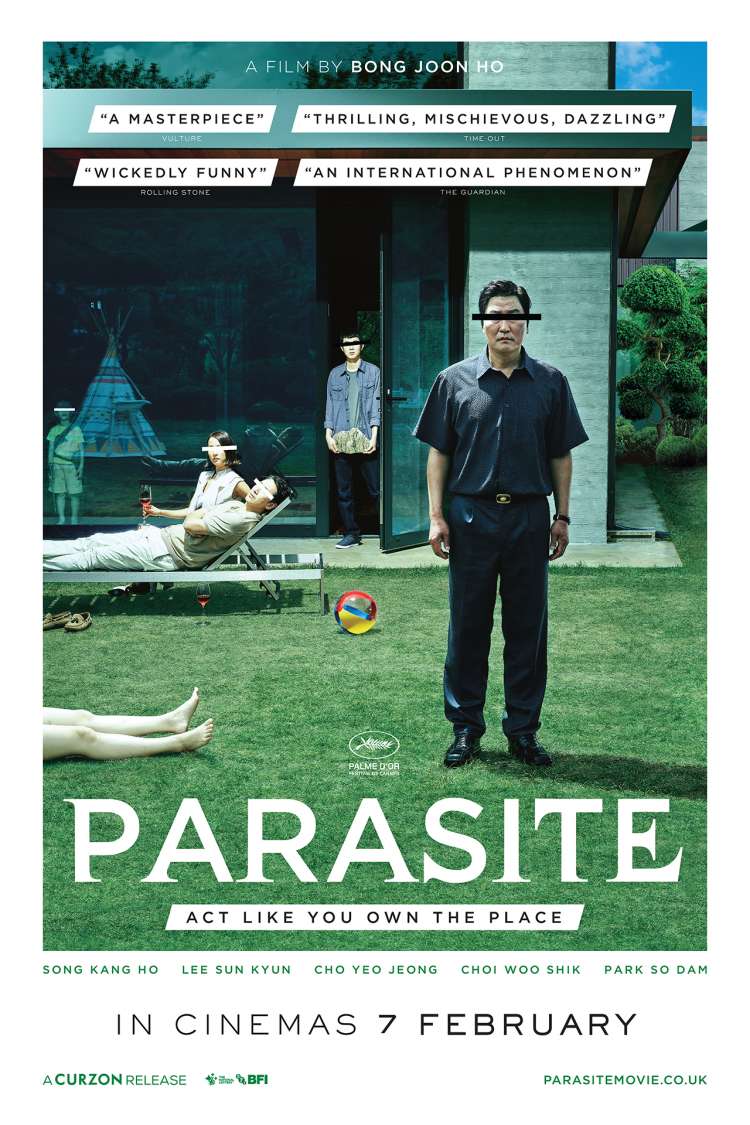