The Power Of The Dog fetches the most acclaim as this year’s Academy Awards nominations are in.

Dune dominated the BAFTA nominations, but Jane Campion’s western The Power Of The Dog leads the Oscars pack with a total of twelve nominations. Denis Villeneuve’s all-star adaptation of Frank Herbert’s sci-fi odyssey receives ten, with West Side Story earning eight and Belfast seven. All four are in contention for the big prize as the Academy announced an expanded Best Picture category that also includes Don’t Look Up, Coda, Drive My Car, King Richard, Licorice Pizza, Nightmare Alley.

Of those ten, only five are in the running for Directing as Academy nominate Ryûsuke Hamaguchi, Steven Spielberg, Jane Campion, Paul Thomas Anderson, and Kenneth Branagh.

Among the other nominations for Belfast is for Judi Dench, who joins The Lost Daughter’s Jessie Buckley, West Side Story’s Ariana DeBose, King Richard’s Aunjanue Ellis, and The Power Of The Dog’s Kirsten Dunst in Actress In A Supporting Role category.

Belfast’s Ciarán Hinds is also rewarded with a nomination for Actor In A Supporting Role where he joins Coda’s Troy Kotsur, Being The Ricardos’ J.K. Simmons, and, just as with BAFTA, The Power Of The Dog’s Jesse Plemons and Kodi Smit-McPhee.

Benedict Cumberbatch completes the sweep The Power Of The Dog as he’s named in a strong Actor In A Leading Role category that also includes Javier Bardem, Andrew Garfield, Denzel Washington, and Will Smith - who has high hopes of winning his first Oscar.

It’s just as competitive in the Actress In A Leading Role category as first-time nominee Kristen Stewart, who many consider has been cruelly overlooked by BAFTA, is announced alongside past-nominee Jessica Chastain and three former winners Nicole Kidman, Penélope Cruz, and Olivia Colman.

Details of this year’s Oscars are still to be confirmed and with so many rumours circling it looks like, just as with these nominees, it’s a case of waiting to see what the night brings on Sunday 27 March. 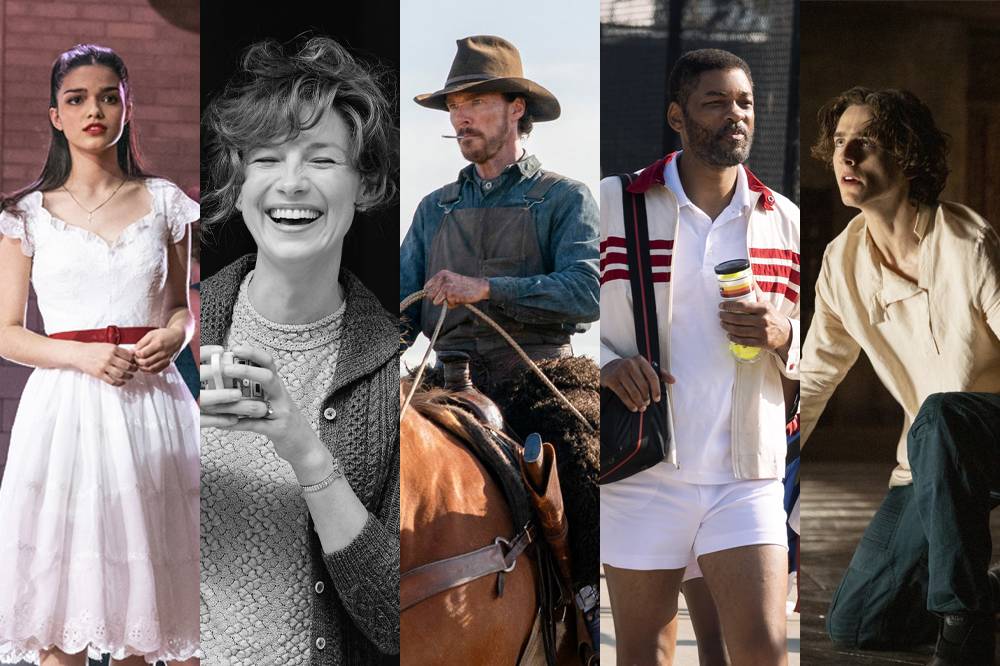