Mank makes headlines with the most nods and British stars shine as this year’s Oscar nominations are finally revealed.

Mank, David Fincher’s black-and-white ode to old Hollywood, leads the way with a total of ten nominations across the categories poitioning it pretty well as favourite for Best Picture. But there it faces strong competition from The Trial Of The Chicago 7, Judas And The Black Messiah, Promising Young Woman, Sound Of Metal, Minari, Nomadland, and The Father.

Gary Oldman’s starring role as Citizen Kane writer Herman Mankiewicz earns a nomination for Best Actor In A Leading Role and is one of eight British stars nominated across impressively diverse acting categories. Oldman is named alongside the late Chadwick Boseman, Riz Ahmed, Steven Yeun, and Sir Anthony Hopkins, while fellow brits Sacha Baron Cohen and Daniel Kaluuya compete for Best Actor In A Supporting Role with Leslie Odom Jr, Paul Raci, and Kaluuya’s Judas And The Black Messiah co-star LaKeith Stanfield. Vanessa Kirby and Carey Mulligan are the UK nominees for Best Actress In A Leading Role where they are joined by Viola Davis, Andra Day, and Frances McDormand. Meanwhile, Olivia Colman follows her Best Actress win for The Favourite two years ago with a nomination for her supporting role in The Father as she’s named as a nominee alongside Glenn Close, Amanda Seyfried, Maria Bakalova, and Yuh-jung Youn.

For the first time in the history of the awards, two women have been named as nominees for Best Director. Chloé Zhao and Emerald Fennell make history as they’re rewarded for their fine direction on Nomadland and Promising Young Woman respectively and will now compete alongside Another Round's Thomas Vinterburg, Minari's Lee Isaac Chung, and as previuosly mentioned Mank director David Fincher.

The winners will be announced at the delayed 93rd Academy Awards on Sunday 25 April. 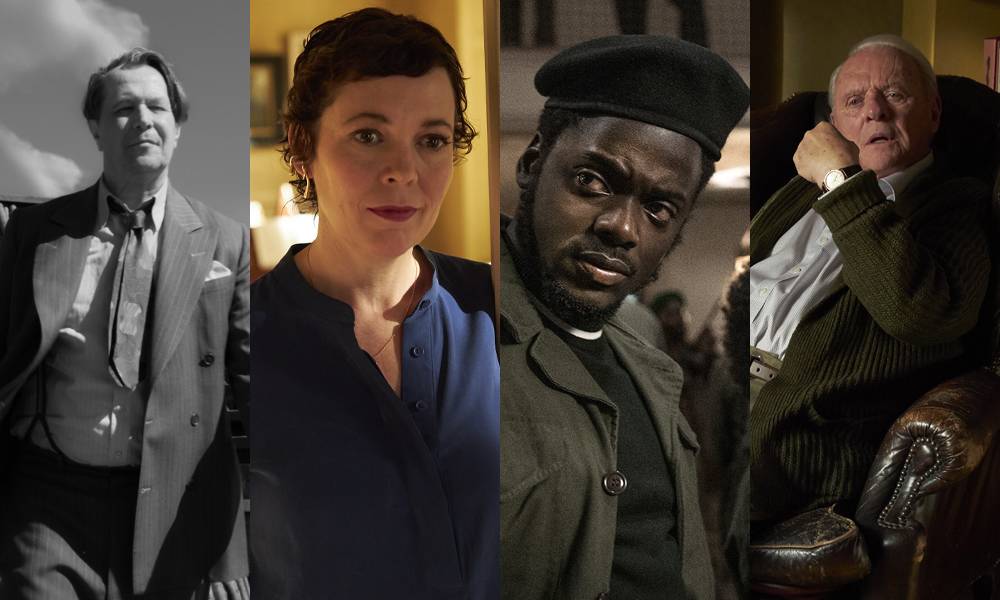